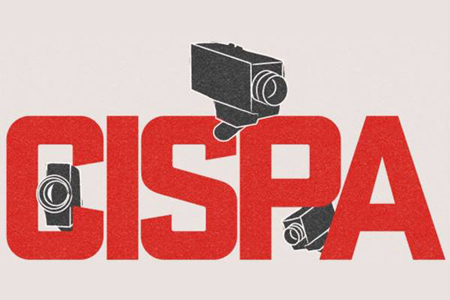 CISPA prevails! As a collective community we must have blown every ounce of protester-load we had getting SOPA nailed into a casket, cause we sure as shit ain’t doing much about CISPA. It’s like SOPA on steroids, has the back acne to prove it, and once slept with your Mom. No kissing, no phone call the day after.

CISPA, a terrible bill that  would let websites hand over your personal data to the government  with little oversight, just passed the U.S. House of Representatives. That’s not good.

Although the vote was scheduled for tomorrow, in something of a surprise, it took place today, and passed the House 248-168.

The bill is still unabashedly a  violation of your privacy rights–nearly anything you say or do online can be handed over to the government without so much as a warrant–although version of the bill that passed this afternoon is both better and worse than it had been in its original form. As  CNET points out, one amendment was withdrawn before the proceedings that would have given the Department of Homeland Security sweeping and, more importantly, superseding authority. When it was in, CISPA would have been a DHS trump card, essentially, overruling any local or state legislation that contradicted it. That’s gone.

That doesn’t, though, mean that you should stop worrying about CISPA. As the  EFF makes all too clear, the truly concerning parts of the bill–the ones that give the government the right to conduct surveillance on your Internet everything without your knowledge or permission–are firmly in place.

Weighing even more heavily on the scary side of the ledger was an amendment from Rep. Ben Quayle (R – AZ) that broadened those activities that would fall under government jurisdiction and surveillance. As  TechDirt observes:

Previously, CISPA allowed the government to use information for “cybersecurity” or “national security” purposes. Those purposes have not been limited or removed. Instead, three more valid uses have been added: investigation and prosecution of cybersecurity crime, protection of individuals, and protection of children. Cybersecurity crime is defined as any crime involving network disruption or hacking, plus any violation of the CFAA.

Clandestine votes supplemented by zillion-dollar entities supporting it. I don’t foresee this swine getting gutted.