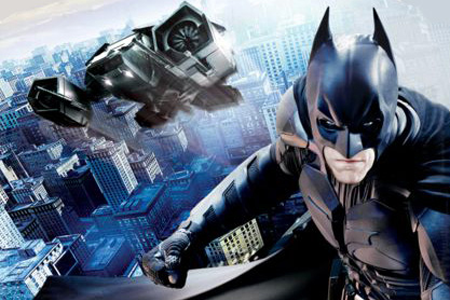 ComingSoon  is reporting that the new footage showed off a bunch of new scenes, but it started off with the airplane hijacking  prologue that debuted a few months ago.  With one big difference: “You could clearly understand everything Bane was saying in this case.” As for the new moments, there was a lot of Anne Hathaway’s Selina Kyle working undercover as a maid in Wayne Manor. Selina was also seen yelling at Batman in full Catwoman garb. But the biggest reveal must have been Bruce Wayne necking with Marion Cotillard’s character.

We know that  Dark Knight Rises  takes place 8 years after  Dark Knight, and according toEntertainment Weekly  the time hasn’t been kind to Bruce Wayne:

Bale has sunken eyes; he looks pale and haggard, and uses a cane. By comparison, Michael Caine’s Alfred appears as if he hasn’t aged a day. “Don’t worry, Master Wayne,” the butler reassures him later in the footage. “It takes a little time to get back in the swing of things.”

But the biggest takeaway, which we’ve stated before, is Bane’s voice.  Collider  was floored by the new sound.

However, the most important thing I want to emphasize is the new and improved Bane audio. During the beginning of the footage we saw some moments from the seven minute IMAX prologue that had previously been released. The muffled sound of Bane has been absolutely cleaned up so you can now hear him like he’s standing next to you. While I don’t know if this was just done for the CinemaCon sizzle reel, everyone was talking about it afterwards and saying how great it sounded. I personally think this is the new way Bane will sound.

Josh Dickey from  Variety  agreed  and  tweeted, “Also of note: Bane’s voice has been seriously amplified & clarified in THE DARK KNIGHT RISES, and I don’t care what anyone says. 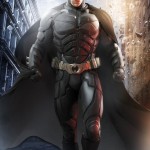 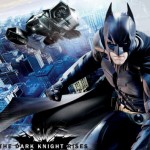 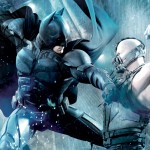 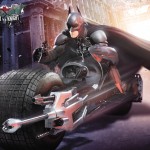