Microsoft Is Working On A Universal Translator. Foreign Language Teachers Shitting Themselves. 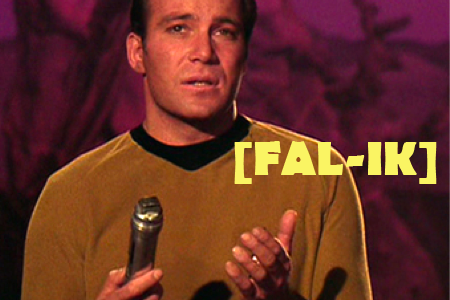 …Naw!, I’m just kidding. As products of the cultures they reflect, foreign languages will always have worth. Plus French is sexy. However, it would be goddamn glorious if I could have something to translate for me in a pinch. That’s why my boys Microsoft and their Science Daemons have my back.

As much as I would love to be able to pick up languages completely fluently in a weekend, that isn’t happening any time soon. But at some point in the future, it may not matter whether you’re conversing with someone in English, Japanese, Swahili, Arabic or Scottish… you’ll each be able to understand each other thanks to a universal translator.

Using sophisticated language software that can detect a person’s voice and then replicate it in another language, Frank Soong’s software could one day revolutionize communications and break down language barriers.

In one demo, Soong’s software translated his boss’s voice from English into Spanish, Italian and Chinese (Mandarin). The voice recordings (you can find them on TechnologyReview do sound a little coarse and aren’t perfect replications of Soong’s boss’s voice, but it’s still very much recognizable).

Soong claims the software can translate a person’s voice into 26 different languages. But does it know Klingon?

As with any synthetic software that learns and adapts, the software isn’t without its limitations and still requires “training time” in order to provide accurate results. TechnologyReview says it takes “around an hour of training to develop a model that can read text in a person’s own voice.”