Saturn Is Linked To Its Moon Enceladus By An Electron Beam. Righteous. 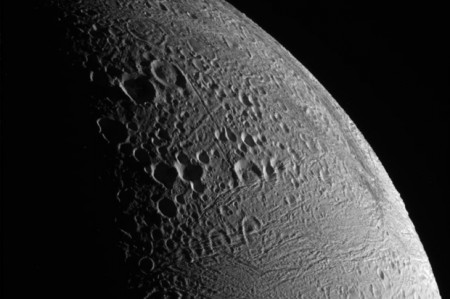 If you’re ever feeling dulled with reality, just follow some fucking astronomy news. It’ll moisten your science-fiction glands, infusing you with the knowledge that the universe is fucking awesome. Take for example: Saturn is linked to its moon Enceladus by a fucking electron beam.

Enceladus is linked to Saturn with a giant beam of electrons that flow back and fourth between the planet and moon.

Nasa’s Cassini spacecraft has been studying Saturn since 2004, and has passed by Enceladus 14 times. In each visit it has uncovered new secrets about the moon, including its thin atmosphere, erupting icy geysers and the potential for holding liquid water.

On its latest flyby of the 500km-wide Enceladus, Cassini found jets of gas and icy grains emanating from the moon’s south pole. These materials become electrically charged and form an ionosphere which — in the magnetic bubble that surrounds Saturn — create a current system between the celestial objects, like a massive dynamo generator.

It’s a gorgeous fucking dimension to exist in, I’ll give you that.