Getting All Derrida On Superman’s Ass 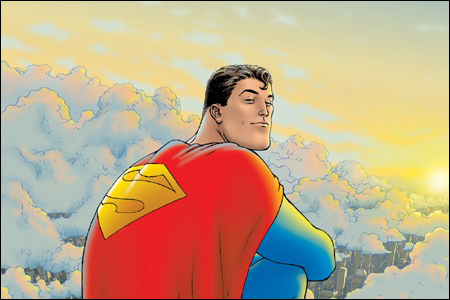 With the news trickling out that Warner Brothers is losing the rights to key ingredients of the Superman formula, I began contemplating what exactly comprises Superman. I was taking this into consideration alongside the recent developments where protégés began donning the mantle of their fallen Jedi Masters and shit. You have Dick Grayson traipsing about as Batman. And at least for a new months, you got Bucky running around as Captain America.

So I got to thinking. It was bothering me. On the toilet. In bed. In the shower. I asked myself, what is the essence of Superman? Does he exist outside of the tenants of his history? Is the soul of Superman tied into Krypton, into the Lois Lane/Clark/Superman love triangle? Can you have a Superman that isn’t from Krypton? What defines Superman as Superman, and furthermore, does it even matter? Can the term stand for multiple things, for different creators?

I don’t have any answers, but I think it’s a worthy examination.

Let’s kick it by taking on Dick Grayson and Bucky Barnes. When DC was contemplating killing off Batman, the general shtick was this: Batman was more than a man, he was a symbol. Even if an Uber Alien Bullet vaporized Bruce Wayne, Grayson could continue to carry on what he stood for. Same thing goes for Bucky. Maybe Captain America got his ass seriously capped on some court steps. But he had someone else to pick up the job. Albeit with a sweet metallic arm, but still, there was someone else to pick up the job.

However, both instances were circumstances different than what is currently going on with good ole’ Clark Kent. How so? Well for starters, we’re talking about a world without Clark Kent. Warner Brothers, if I am understanding correctly, is losing the rights to that very name.

Let’s call Bucky and Dick “The Replacements” throughout the rest of this article for ease of statement.

How many times did something along the lines of this came up:

Oh well Bruce/Steve wouldn’t have wanted me to do this, blah blah.

The idea that Captain America is a symbol, at least currently in the Marvel universe, stems from the fact that there was someone to define this symbol prior to Bucky.

There was these two parallel constructions: What Batman/Captain America stood for, and what The Replacements did by assuming this symbol. Not by defining it.

So I began to ask, what if you removed the initial construction, the defining of the symbol prior to the assumption of the mantle? 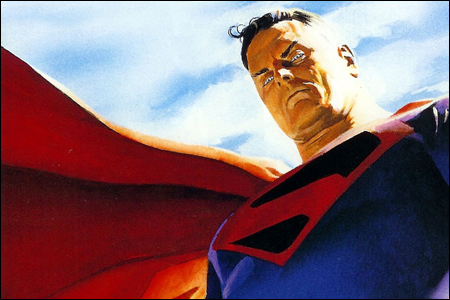 I think that’s what I’m talking about in regards to Superman. If you recall during Superman’s sabbatical before he returns as a pony-tailed bad ass in an edgy mid-90’s black suit, there were four people vying for his role. Were these people Superman? And the question I was asking even as a pudgy eleven year-old in an Ultimate Warrior t-shirt:

Even in that instance, it was about assuming a symbol, not defining one. There was a pre-determined construction.

This is different though. What we’re talking about is wiping out core elements of a character’s history, and still retaining the idea of the character. I’m differentiating this from maintaining an archetype.

Superman is the ultimate loner idealist. I’ve always taken him not as a sucker douchebag that is affixed to authority, but rather someone who believes in the ideals of an alien world more than the very humans he co-exists amongst. Maybe it’s a determination to interpret him favorably, but I’ve viewed him as the guy who is so blinded by idealism that he will support structures that espouse those ideas (see the United States in Dark Knight Returns) even if they behave in manners that don’t validate their alleged commitment to justice, fairness, empathy. 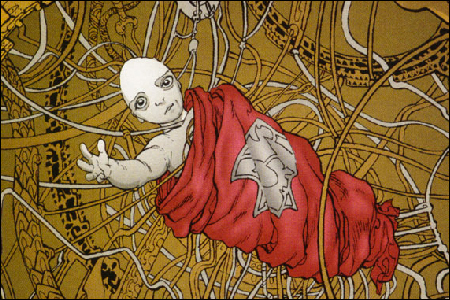 I think that you can maintain an archetype without using the familiar denominations. You don’t need Krypton, or Clark Kent or Kal-El to maintain the usual archetype. But can you maintain Superman as currently constituted without them?

That’s my dilemma. To me, there’s a difference between an archetype, and a specific character. How many layers of Superman can you strip away, before he is no longer the character you’ve come to know?

Ostensibly, you could work out a Superman movie or comic book that never references his alter ego, or Krypton, or Lois Lane, or Clarke Kent. But is this Superman? This is the zillion-dollar question I can’t answer. 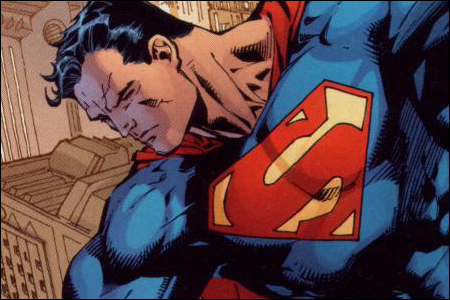 At least for me, Clark Kent, and Krypton and Lois Lane are all essential to the preservation of the character Superman. The Superman we know and love is not just constituted by the specifics of his origin, but also by the nomenclature surrounding those specifics. You can have a planet far away blowing up, and you can have a lone alien dude totally struggling with his ability to save the world alone. But unless you use the name Clark Kent, and Krypton, at least for me, you’ve lost Superman as we know it.

Returning to The Replacements, the reason they can inherit the roles for me, and still maintain the character, is because they are constantly operating in deference to the shoes they are filling.

But here comes another question:

Does it even fucking matter? Does it really matter if you preserve Superman as he is? If Warner Brothers is losing the rights to Superman, can you use the Superman name as a vessel for the creation of something new?

Obviously, you can. I mean, you can write the storyline and put it out there. And in fact, for me, it would be an enjoyable experience. But you’d never be free of the association. The idea that you would be doing something new with the character suggests that whatever storyline Warner Brothers churns out under the Superman moniker would be tethered to the mythos we all associate with the title.

Does the preservation of Superman character mean anything? Yes and no. Even if it’s lost, it’s still going to “be”. The name Superman will always be associated with not only the aforementioned characteristics, but also the names affixed to those characteristics.

Any and all attempts to redefine Superman is inherently reflexive back to the original concepts, since the terms “new”, and “redefine” both suggest it is being contrasted with something else.

At least for me, Superman is more than an archetype. And he’s more than the characteristics than define his personality. For better or worse — stifling creatively as it may seem — he’ll always be Clark Kent.