Archives
« ‘Everything Everywhere All at Once’ Is First A24 Film to Earn $100 Million Globally
‘Cyberpunk: Edgerunners’ Trailer: Glory be to Studio Trigger! » 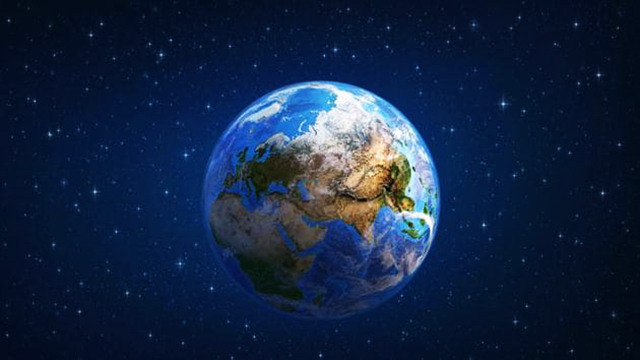 Hey let’s slap this bitch onto our lists of Ominous Portents. Except, not really. Except, maybe? The Earth just mysteriously spun faster yesterday, which led to the shortest day ever recorded. Now it wasn’t like a stunning amount of time was shaved off, but still! Pretty fucking gnarly.

Earth logged its shortest day in decades on June 29 when it completed one spin at just 1.59 milliseconds short of 24 hours, which is the fastest time recorded since atomic clocks began tracking our planet’s rotation in the 1960s, according to the website timeanddate.com.

The new record offers more proof that Earth is rotating faster in recent years, though the exact reason for this slight acceleration is a mystery. The planet has broken its own speed record more than two dozen times since 2020, reversing an earlier decades-long run of slightly longer days.

Earth is not a perfect sphere, and its spin is always getting pushed slightly off-kilter by many factors, including the structure of its interior, the tidal influence of the Moon, and climatic changes. One team has suggested the recent records could also be connected to the fluctuations of Earth’s geographical poles, which guide a phenomenon called the Chandler wobble.

“It’s certainly odd,” Matt King, a professor at the University of Tasmania who specializes in Earth observation, told the Australian Broadcasting Corporation. “Clearly something has changed, and changed in a way we haven’t seen since the beginning of precise radio astronomy in the 1970s.”

If Earth continues to log shorter days, scientists may eventually have to subtract a second from atomic clocks, which would be the first example of a negative leap second in history. Leap seconds have been added in the past to correct clocks, but nobody has had to trim them out yet.

Though the recent spate of record-breaking days is a puzzling short-term phenomenon, Earth’s interactions with the Moon are slowing it down over the long term. Previous studies have estimated that the day will be a minute longer in about 6.7 million years. So if you feel like there is not enough time in the day lately, your instincts were right, but you are likely to get those lost milliseconds back in the long term.