NASA’s Curiosity Rover may be chilling right next to microbe burps on Mars. 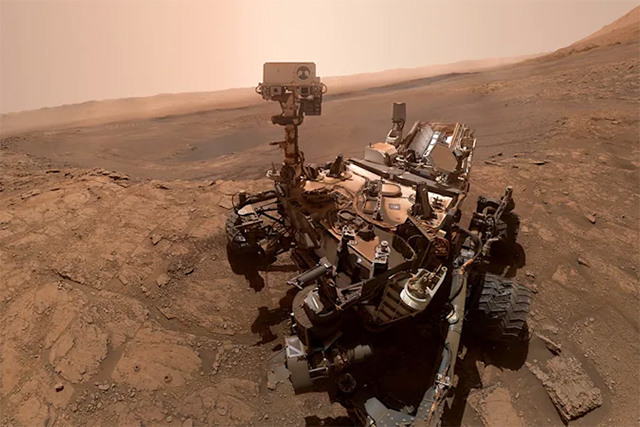 When I burp, my wife vomits and the cats leave the room. When microbes on Mars burp, everyone jizzes in their pants. Like, I get it. But also show me some charity. My digestive track is just a collection of cheese and caffeine.

NASA’s Curiosity rover might be sitting near a wealth of information that might hint at signs of life on Mars. New Scientist and Space.com note that Caltech researchers have identified six locations for methane “burps” (that is, emissions blips) on the planet, including one just a few dozen miles west southwest from Curiosity. Ideally, the rover could investigate the emissions and determine their true nature.

Curiosity has detected the methane spurts six times since landing on Mars in 2012, but scientists haven’t had success locating their sources until now. Europe’s Trace Gas Orbiter has also failed to spot methane at atmospheric levels. The Caltech team narrowed down the on-the-ground sources by modelling methane particles as packets and tracing their routes based on historical wind velocity.

The research hasn’t yet been peer-reviewed, so we’d take it with a grain of caution. It’s also entirely possible that the gas has non-organic origins. Even if that’s the case, though, the burps could be tied to geological activity linked to liquid water. Early Mars reportedly held massive amounts of water — even if there’s no active water at these sources, a close-up study could help illustrate Mars’ history.