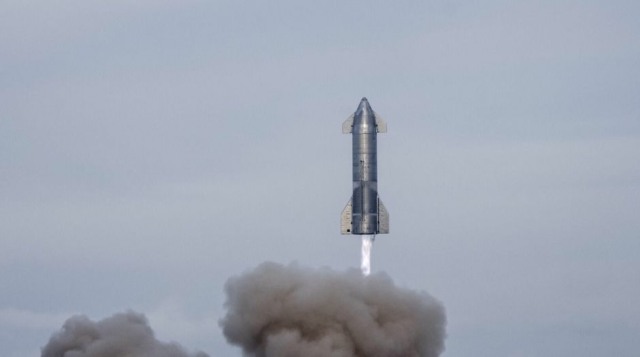 What a fucking headline, no? But like, you know how it goes. The price of progress is failure, and it appears SpaceX has failed enough for the moment. ‘Cause they finally landed their Starship rocket without it fucking exploding everywhere.

SpaceX has finally launched its latest full-scale prototype of its Mars-bound Starship rocket — and this time, for the first time, it stuck the landing.

It climbed to ten kilometers, first obscured inside a cloud, then reemerging above it. It then started its descent horizontally after turning its engines off, before relighting them to turn itself upright again.

It’s a colossal achievement for the Elon Musk-led company, proving that Starship is capable of launching — and landing — without blowing itself to pieces.

SN15 is the fifth full-scale prototype to take to the skies. All four prototypes preceding it have met an early demise, exploding in huge balls of fire.

The prototype featured “hundreds of design improvements across structures, avionics/software and engine,” according to Musk. The prototype’s predecessor SN11 exploded on March 30 inside a massive wall of fog due to a methane leak.

Now, SpaceX can focus on getting Starship into orbit, boosted by a second gigantic rocket called Super Heavy.