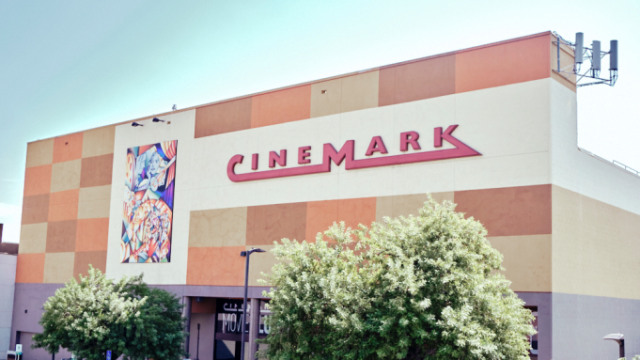 I really don’t give two-tugs of a dead dog’s dick what movie theaters do to keep operating. Sell the souls of fallen employees? Fucking fine. Sign deals with Hollywood studios for shorter theatrical windows? Also fine. Whatever the fuck it takes.

Theaters aren’t dying — though it looks like they’ll be showing major studio releases for an even shorter time than before. Six months after Cinemark struck a deal with Universal Filmed Entertainment Group — which itself came a few months after Universal’s own deal with AMC Theatres — the exhibition chain has signed new pacts with five major Hollywood studios that could help shorten the theatrical window.

The terms of the deals were not disclosed, but considering the previous pact with Universal made in November, which enabled the studio to move new releases — barring box office hits that bring in more than $50 million — to premium video-on-demand platforms just 17 days after they open in theaters, we can expect these studios to enjoy a shorter theatrical window at Cinemark theaters.

“Cinemark is thrilled to have reached new agreements with our major studio partners, and we are eager to continue providing movie fans an immersive, larger-than-life cinematic environment to see major upcoming films, ranging from the biggest blockbusters to specialty fare to family-friendly content,” said Cinemark CEO Mark Zoradi. “In our ongoing efforts to maximize attendance and box office during the pandemic and beyond, our goal is to provide the widest range of content with terms that are in the best long-term interests of Cinemark, our studio partners and moviegoers. We are pleased with these recent developments and are confident we are taking positive steps toward reigniting theatrical exhibition and evolving the industry for a post-pandemic landscape.”

The coronavirus (COVID-19) pandemic has massively reshaped exhibition, with streaming platforms and PVOD thriving while theaters were forced to shutter. Studios pushed back many of their theatrical releases, but just as many were sent straight to streaming or home video, which led many to debate whether the long-predicted death of theaters was being accelerated. A few options have been suggested, including premium theatrical experiences, but Hollywood seems to be shifting to this shorter theatrical window.

Already various studios appear to be moving toward this practice, partly in service to their new streaming platforms. Paramount has said that its films will debut on its streaming service Paramount+ within 45 days of theatrical release. Warner Bros. made the controversial choice of releasing its 2021 theatrical slate day-and-date in theaters and HBO Max. These theatrical window deals between exhibition chains, which need theatrical releases to bring in audiences, and studios, which wish to save money on advertising while boosting their streaming services, seems to be the best compromise for both parties.

As for Cinemark, the chain only said that “each deal has unique attributes specific to the individual studio that mutually benefits both parties.”