Archives
« Playable prototype of Canceled ‘Castlevania’ Dreamcast game has been discovered! ‘Castlevania: Resurrected’ has been resurrected indeed!
NASA’s Mars Rover has taken an extraterrestrial selfie. Doing it for the Martian Gram! »

NASA’s Mars helicopter is online and has sent back its first photo. Red Planet is red, baby! 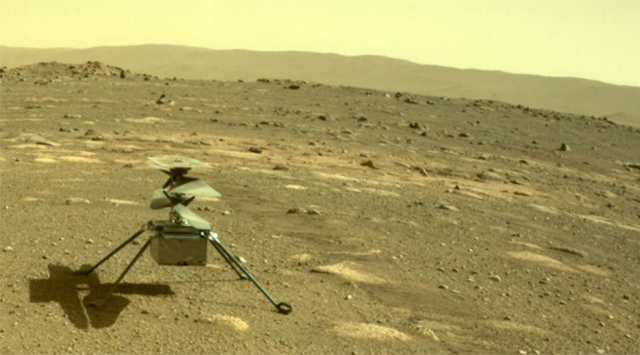 NASA’s Mars helicopter is online and ready to fucking rock, folks. Rock some photos of rocks and shit! Not only is the motherfucker operational, but it’s sent back its first photo! Now listen I agree the photo fucking sucks. But it’s just the goddamn first one!

NASA’s little Mars helicopter has opened its eyes on the Red Planet.

The 4-lb. (1.8 kilograms) chopper, known as Ingenuity, snapped its first color photograph on Saturday (April 3), shortly after being lowered to the Martian dirt by the Perseverance rover.

The tableau shows “the floor of Mars’ Jezero Crater and a portion of two wheels of NASA’s Perseverance Mars rover,” agency officials wrote in a description on Monday (April 5), when the photo was released.

The car-sized Perseverance landed inside the 28-mile-wide (45 kilometers) Jezero on Feb. 18 with Ingenuity firmly attached to its belly. The rover deployed Ingenuity on Saturday and has since moved a short distance away, allowing the Martian sunlight to reach the solar-powered rotorcraft.

Over the next few days, Perseverance will drive still farther away, to a place called Van Zyl Overlook, which provides a good view of the airfield that mission team members have chosen for Ingenuity. If all goes according to plan, Ingenuity will lift off as soon as Sunday (April 11), conducting the first-ever powered flight in the skies of a world beyond Earth.

The goal is to demonstrate that this exploration mode is feasible on Mars. If Ingenuity performs well during its month-long, five-flight campaign, future Red Planet missions could commonly include helicopters, as scouts for rovers and as explorers in their own right, NASA officials have said.

Ingenuity doesn’t carry any science instruments. But the little flyer will capture imagery during its flights, and those photos should be sharper than the grainy one it snapped on Saturday from beneath Perseverance, NASA officials said.

The six-wheeled rover will attempt to document Ingenuity’s flight program from Van Zyl Overlook using its high-resolution MastCam-Z camera system. There’s even a chance that Perseverance could record audio of Ingenuity’s sorties using its two onboard microphones, mission team members have said. There are certainly no guarantees on the audio front, however, given how quickly sound attenuates in the thin Martian atmosphere.

Ingenuity’s flight program is hard-capped at one month, because Perseverance has business of its own to attend to. The $2.7 billion rover will search for signs of ancient Mars life on the floor of Jezero, which hosted a river delta and a big lake billions of years ago.

Perseverance will also collect and cache several dozen samples, which will be returned to Earth by a joint NASA-European Space Agency campaign, perhaps as early as 2031. 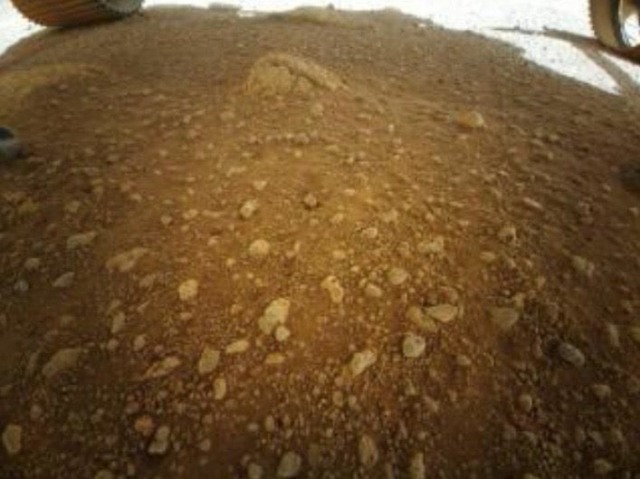