Archives
« ‘Alan Wake 2’ reportedly in development with Epic Games publishing. Don’t fuck around with me on this one, fellas
Views From The Space-Ship: There Will Be Blood (For Vampires) » 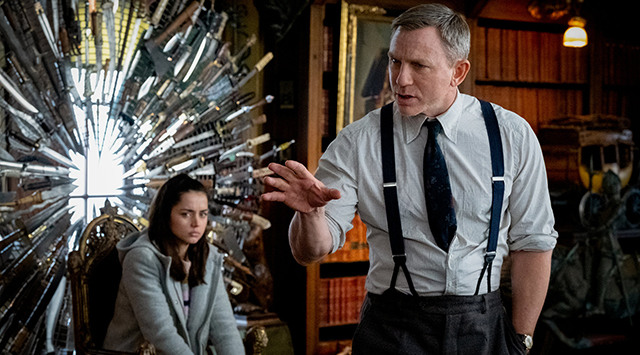 Man, good on you, Rian Johnson. After getting absolutely pilloried for The Last Jedi, you returned with the fantastic Knives Out. Now, that movie’s success has been parlayed into a $450 million deal with Netflix for two sequels. Mamma fucking mia, that’s a lot of Junior Bacon Cheeseburgers!

EXCLUSIVE: Netflix is closing in on a deal to make two sequels to the 2019 hit whodunit Knives Out, which Rian Johnson will direct with Daniel Craig reprising his role as super sleuth Benoit Blanc. Johnson, who wrote the original, has written the sequels and is producing with partner Ram Bergman. Sources said the deal will be worth north of $400 million, making it one of the biggest streamer movie deals in history.

A sequel was expected, but the recent discreet auction that went on between three streamers — Apple and Amazon were the others — was a surprise. How was it possible? The original was acquired in a single picture deal by MRC, which distributed the film through Lionsgate. The first film cost $40 million and turned in a global gross north of $311 million. Owned and licensed by Johnson and Bergman on a picture by picture basis, Johnson and Bergman had the right to make the richest sequel deal they could. It gives Netflix a bonafide event film franchise for its slate. The first picture will begin shooting June 28 in Greece, and casting will begin immediately.

The deal is remarkable, considering Knives Out‘s origins. It happened because Danny Boyle exited the James Bond movie, leaving Craig with some downtime. Johnson, who loved the Agatha Christie whodunits, had one of those in mind, and he and Bergman readied it before Cary Joji Fukunaga came in as 007 director and was ready to shoot No Time To Die, Craig’s swan song as the British secret agent. Knives Out, with a killer cast and a meticulously crafted script, was a crowd pleasing hit that sets up perfectly for more mysteries. This deal should land in the $450 million range.

CAA, which reps Johnson and Craig, is brokering the deal. No one was commenting.