China is sending a solar probe in 2022 to study the Sun. Crack Sol’s secrets, fellas! 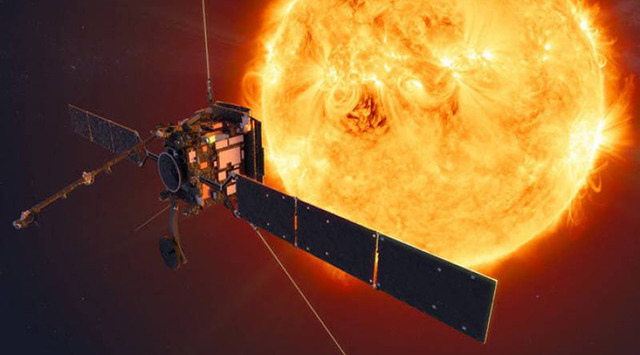 China’s got itself a solar mission, motherfuckers! They’re sending a solar probe next year in order to study the Sun. Specifically, dudes are interested in such things like solar storms and shit. Hell yeah!

China has is making massive strides in space exploration. The country has successfully sent multiple probes to the surface of the Moon and is making moves to establish its very own orbital space station — as well as landing on Mars.

Now it’s also angling to get a closer look at the Sun, as the South China Morning Post reports — a further flex of what China’s leadership wants to see become a growing space supremacy.

Predicting Space Weather
The upcoming mission, called the Advanced Space-based Solar Observatory (ASO-S), is scheduled to launch in the first half of 2022 and will “perform 24 hour continuous observation” of our star from a Sun-synchronous orbit of 720 km above Earth for at least four years, according to state-owned news outlet Xinhua.

The goal of the probe is to study space weather, particularly solar storms that can wreak havoc on sensitive scientific equipment back on Earth and in its orbit. ASO-S will be able to predict solar storms “at least 40 hours ahead of their arrival,” according to Xinhua, providing an advanced warning of any damage.

The mission will include three payloads that it will release upon reaching : an X-ray imager to track the Sun’s magnetic fields, as well as a magnetic detector and solar telescope.