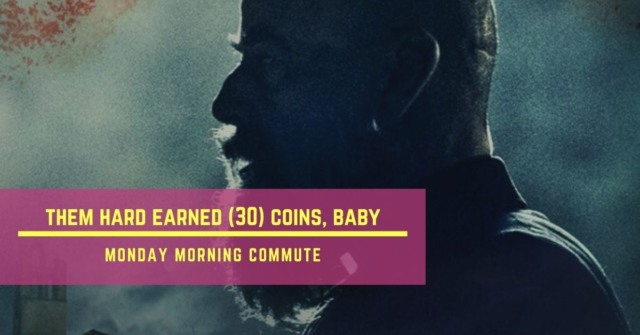 Holy cannoli, motherfuckers! I am back! Not only am I back, but I’m back with a little secret. I actually started this MMC last week, and then just sort of petered out. Yup, both the title and the image were forced in the stupidity of 7-days prior! But we all know the fucking truth, right? My stupidity is both eternal, and timeless. Seven days ain’t going to change that, nor really changed what I’m up to these days. Actually, that’s sort of a lie. Last week, Sam and I were in the continued thralls of Mother-in-Law mania, but it’s definitely cooled down since then. The general VIBE in the HOUSE OMEGA is far more relaxed now. Which is obviously a good thing, ’cause, you know, I feel mentally capable of writing something in this here WordProcessingUnit.

Anyways, enough of this fucking prologue, no? Let’s jump down into the happenings (the haps!) for the week! Then in the comments section you slugs better share what you’re up to in this week! It’s the pact we have made, we have sealed in blood and discussion of boobs and butts over the past 10+ years.

This is Monday Morning Commute, you motherfuckers!

We have our first flat-out synthwave banger of the year, my friends! Though, it’s definitely not the sort of synthwave that you smoke some Blue Dream and veg out to. Instead, it’s the sort of shit you blast while running down replicants in dank alleyways. Both have their virtues, but this shit is definitely the latter. I’ve been obsessed with the track “Night Owl” but the entire album is solid as fuck. 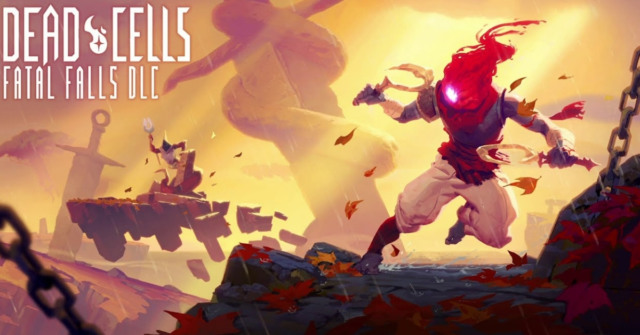 Playing: FF12, Yakuza: Like A Dragon, and Dead Cells

What, did you fuckers really think Bags and I were done with Dead Cells? I have to admit, I thought we were perhaps more done than we really were. However, that’s the fucking thing about addicts. I mean, right? The incredible ability to lie to themselves. Everything is okay! I’m Hades is fun! Wee. But, the itch didn’t go away. With every passing day, our hunger grew. Looming over us, looming over the stream. Zagreus is cool and all. The Greek Gods definitely fuck and all. But, the game just didn’t have that mainline appeal.

As well, finally ceding to 2.0 (and subsequently 2.10) has opened up the floor for new accomplishments, new runs, new biomes, new weapons. Ah! Again, I’m acting like a fucking addict again. You know, justifying the shit out of our relapse.

And oh, uh yeah. I’m also splitting my personal playing time between FF12 and Yakuza. Both of which are solid as fuck, my friends. 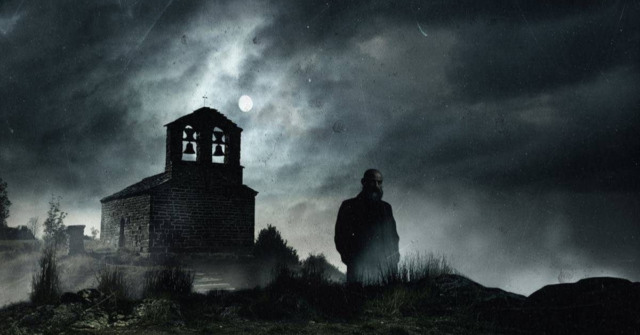 We are really fucking running the gamut when it comes to my current viewing habits. First up, we have 30 Coins. Shit is fantastic spiritual horror, man. It’s got everything you could ever hope for, and maybe them some. Spider-Babies. A bad ass priest. Evil sects spun-off from the Catholic church. Did I mention a fucking Spider-Baby? I’m down for critiquing theology, attractive looking people, and trippy horror.

Meanwhile, Sam and I finished off the Night Stalker mini-series last week on Netflix. My word, was Richard Ramirez fucking prolific. Really, dude was about as awful in every way as you could imagine. Dabbled in pretty much every single form of serial killing imaginable. I definitely recommend this shit if you’re down for serial documentaries to warm yourself up during these winter nights (or maybe you’re well-adjusted, unlike Sam and me). The buy-in is pretty minimal too, since the series itself is only four episodes. Bing, bang, boom! In and out. A little terrifying adventure.

Finally, when Sam and I aren’t dealing with maniac mother-in-laws, or watching yet another serial killer documentary, we’ve been rewatching Parks and Rec. Fuck, dudes. I completely forgot how funny this show is, even in its fledgling first couple of seasons. Given the other dollops of madness in my viewing diet, this show is a welcomed warm embrace. 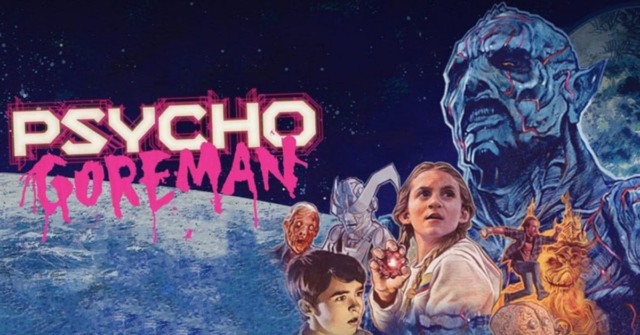 Horror: Psycho Goreman, the novel It, and Fangoria magazine

“Psycho Goreman’s Ridiculous, Bloody B-Movie Schlock Will Put a Smile on Your Face“

“PG: Psycho Goreman’ Imagines: What If ‘E.T.’ But Batshit Insane?“

“Psycho Goreman mashes up E.T. and The Toxic Avenger“

I mean, look at those fucking descriptions!

Meanwhile, I’m still plodding through Stephen King’s It. I really enjoy the shit out of it, when King isn’t describing prepubescent genitals over and over. Like, my word. Dude just really wants to tell the reader about boners, budding bosoms, and shit. To quote the classic quote, cocaine is a hell of a fucking drug.

Finally, I subscribed to Fangoria last November during a Black Friday sale. Figured it would be fun to receive a little horror in my mailbox every fucking quarter of the year. Then, given, my you know, fucking ADD, I completely forgot that I had done so. Whelp, shit arrived this weekend, and I’m genuinely stoked. The quality of the magazine itself is fucking tight, the articles are well-written and introductory to movies I hadn’t heard of, and fucking hell Barbara Crampton herself wrote one.

Tell me, what are you up to this week?