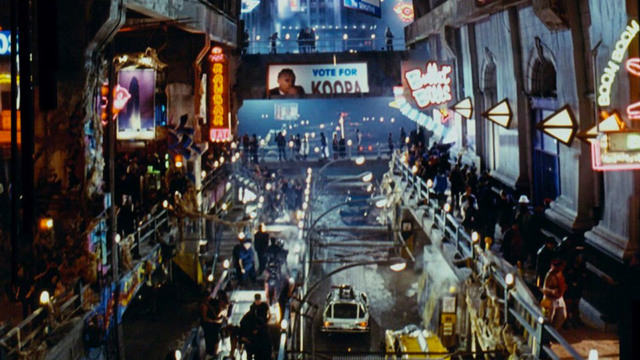 Listen, whether or not we want to admit it, the Super Mario movie is cyberpunk as fuck. So, it makes horrifying sense to use its footage to remake a Cyberpunk 2077 trailer.

Check it out after the jump, because, you know, Twitter embed.

In this jumbled-up bag of endless remixes we call the cybernet, the most remarkable and awful and great thing I have seen today is Cyberpunk 2077’s E3 2018 trailer remade with footage from the live-action Super Mario movie. It’s the original Cyberpunk trailer’s voiceover combined with footage from the 1993 adaptation which bafflingly put Mario and Green Mario in a dystopian futurecity run by a Billy Idol cosplayer. It… kinda works? I kinda like it?

I was inspired after watching the “Super Mario Bros.” Film to create a new trailer for it… Using the Old #Cyberpunk2077 trailer.

I take no responsibility if you now want to watch the film. pic.twitter.com/XqU62WgVH2

That’s the work of video games marketing man Vincent Coates, who I assume will soon be headhunted to take over the official campaign. It’s certainly not a shot-for-shot remake but I do like how it echoes some parts. Here’s the original, for reference:

The Super Mario Bros. movie is due a rethink, I think, from me at least. It’s broadly considered trash, to which I would say yes, but perhaps it’s fun trash? No, it’s nothing to do with the games. No, I don’t know what about it appealed to Bob Hoskins. Yet isn’t it quite fun, as 90s dystopian nonsense goes? Some set dressers and costume designers certainly had a whole lot of fun. I have watched far worse cyberpunk B movie trash and enjoyed it, though I do suspect my brain may have forgotten a lot of straight bad and boring bits in Mario? And god, I absolutely would not want to watch an ‘authentic’ Mario movie anyway. Seeing this trailer does make me want to watch the movie again. Not ‘buy the Blu-ray for £15’ want to watch it, but ‘hope Netflix adds it’ want to watch it, sure.

Cyberpunk 2077’s E3 2018 showing has popped back into the spotlight following a Bloomberg report on its development based on some employee accounts. Amongst the claims of crunch, pressure, and poor working process, it raised questions of how much the E3 2018 gameplay demo reflected the actual game (like so many other games’ E3 demos).