Michael Keaton is going to be the DCEU’s Main Batman going forward. Time is an awesomely flat circle. 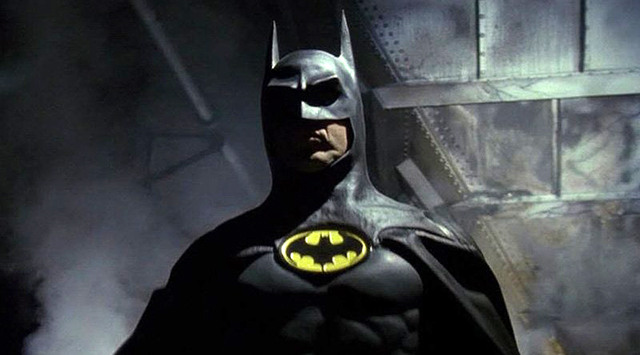 Goddamn! Michael Keaton is going to be the primary Batman of the DCEU. Not Robert Pattinson, not Ben Affleck. The motherfucking OG himself. This news has me both surprised and positively torqued.

With production set to finally begin on Warner Bros.’ standalone Flash movie in just a few short months, a new development may see Michael Keaton’s version of the Dark Knight beyond a one-shot appearance in the Andy Muschietti-directed film. According to New York Times writer Brooks Barnes, who recently did a profile of DC Films president Walter Hamada, a quote from the WB exec actually indicates that moving forward Keaton will be the main Batman in the DCEU, effectively replacing Ben Affleck through a multiverse handover that will no doubt occur in Flash’s solo outing.

“Coming up, for instance, Warner Bros. will have two different film sagas involving Batman — played by two different actors — running at the same time,” Hamada stated in the profile.

When someone asked Barnes for clarification on the other Batman Hamada meant besides the separate Robert Pattinson trilogy, Barnes confirmed…

This is music to the ears of fans who thought Keaton’s take on the character deserved a few more cinematic outings than the two he got with 1989’s Batman and 1992’s Batman Returns. It also could imply that Keaton’s elder Bruce Wayne could be explored in films that adapt either the popular animated series Batman Beyond or the Frank Miller comic book classic “The Dark Knight Returns,” which itself has had several print sequels over the years.

Production on The Flash is currently set to take place at Leavesden Studios in the United Kingdom in April. Currently, that studio is serving as the home of another highly-anticipated DC movie, The Batman. The Flash’s casting process is underway with Rich Delia and Kate Ringsell presiding. Delia isn’t a stranger to DC projects, having been the casting director on Shazam!, DC Universe’s Swamp Thing, and The CW’s Stargirl. Ringsell also worked as a casting associate on the original Wonder Woman movie.