Archives
« Michael Keaton is going to be the DCEU’s Main Batman going forward. Time is an awesomely flat circle.
Kevin Feige’s ‘Star Wars’ movie is going to be written by ‘Doctor Strange 2’ and ‘Loki’ writer. Oh yeah, that movie! »

Emergency COVID Stimulus may reveal UFO Documents! Finally some Governmental Fat that I can fuck with! 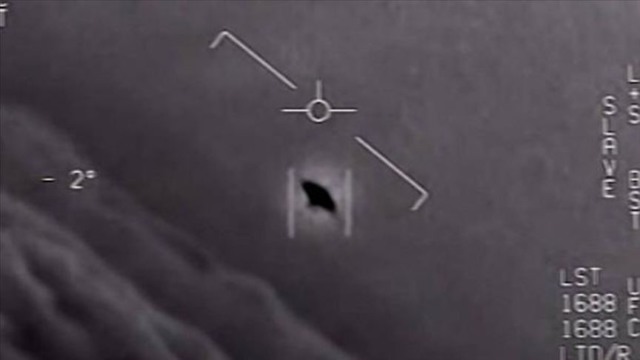 If you even remotely pay attention, you know all sort of bullshit is shoved into bills. Even emergency bills, like the latest COVID relief. That said, holy shit! The aforementioned relief bill requires the Pentagon to release documents about its UFO task force in the next six months. Fucking hell! I can no longer say I’ve always opposed governmental fat. After all, this is some balls-tingling pork. Release the documents! Hail the Greys!

In 180 days we will likely learn more than ever about the government’s research into Unidentified Aerial Phenomena (UAP, also known as UFOs), thanks to legislation buried deep in the COVID-19 $2.3 trillion spending bill passed last week.

The 5,600-page COVID relief bill was filled with all sorts of legislation unrelated to the pandemic, among it a measure that requires the Pentagon to release information about its UFO task force within six months. The bill was pushed by Marco Rubio, who chairs the Senate Intelligence Committee. The report would be made possible by the now newly enacted Intelligence Authorization Act. According to ex-Deputy Assistant Secretary of Defense for Intelligence, Christopher Mellon, who served during the Clinton and George W. Bush administrations, the report is long overdue but still faces a road of uncertainty.

“Assuming the Executive honors this important request, the nation will, at last, have an objective basis for assessing the validity of the #UAP issue & its potential implications,” Mellon said on Twitter. “The challenge will be getting the myriad DoD and IC components w/ pertinent info to cooperate.”

“I’m hopeful the new Administration will rigorously execute its oversight prerogatives because the concerns of the public & numerous military personnel have been ignored by the national security bureaucracy for far too long,” Mellon said.

The request comes after an eventful year in the UFO community, with the Navy publishing three videos of UAP in April that made headlines. This prompted Rubio to ask for a similar report from the military back in July 2020, which has not yet been made public.

“Frankly, if it’s something outside this planet that might actually be better than the fact that we’ve seen some sort of technological leap from the Chinese or Russians,” Rubio told CBS during an interview last year.