Archives
« Leslye Headland’s female-led ‘Star Wars’ series is a “martial arts thriller” and sign me the fuck up!
Weekend Open Bar: we can do it if we try »

‘Tenet’ available to watch at home on December 15. About time! Get it? 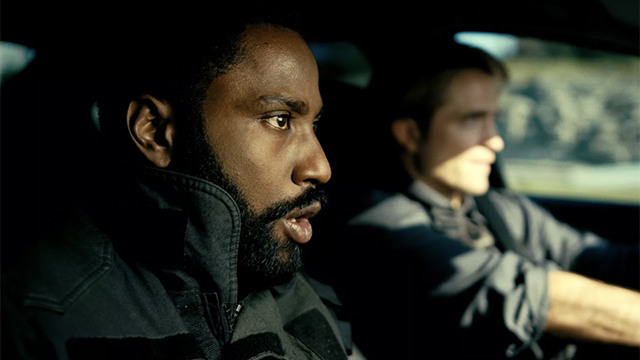 We finally know when Christopher Nolan’s latest mindbending, self-masturbating opus Tenet is coming to homes. The motherfucker is going to be dropping December 15, and I’ll admit that I’m stoked. Like, even if the movie sucks, or is a mess, it’s still a Nolan jam. There will be enough to appreciate and pick at, you know?

Finally, people confused by Christopher Nolan’s Tenet will have a chance to frame-by-frame their way through it and try to parse out what is actually going on in the time-jumping thriller. And people who never got to see it at all, since it premiered in theaters during a pandemic, when theaters keep opening and closing, will finally be able to experience the confusion for themselves.

Deadline reports that Tenet will arrive on DVD, Blu-ray, 4K, and VOD on Dec. 15. The film’s rollout has been considered a bellwether for an industry constantly in flux, with cinemas worldwide operating under local restrictions, and most major tentpole movies either being delayed or moving to digital-only releases. After shifting Tenet’s planned release date several times, Warner Bros. doggedly stuck with an August theatrical-only release, which reached countries around the world and scattered theaters in the United States, but did not include the usual “limited release” cities of New York and Los Angeles, where theaters are still closed.

Nolan himself has reportedly been “very pleased” with the film’s slow theatrical rollout, but it’s undeniable that the release has made considerably less at the box office than it would have during a normal summer release season — the $200 million film has grossed around $350 million worldwide, mostly coming from overseas markets. Interest in the film has been high in the States, in spite of early reviews marveling at the difficulty of parsing its story and questioning many of Nolan’s storytelling decisions. In December, widespread American audiences will finally be able to judge for themselves.