Archives
« David Fincher says ‘Mindhunter’ is probably dead and I fucking hate this development
Stabbing this Saturday’s stream! Back next Wednesday! » 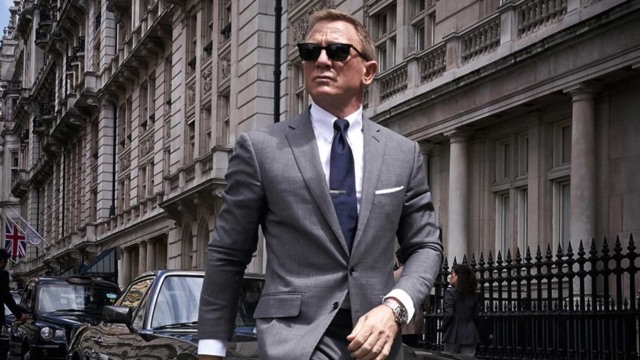 If you believe one industry insider (laugh at the terminology, whatever, suck it), Netflix and Apple are throwing around silly money. Like, okay, they always are? But in this particular case? The companies are flexing their financial nipples in an attempt to land Daniel Crag’s last Bond flick, No Time To Die.

Film critic and screenwriter Drew McWeeny has postulated on Twitter that Apple is seeking to acquire the rights to upcoming James Bond film “No Time to Die” for its video streaming service, Apple TV+.

McWeeny, who has clear industry connections, suggested that ‌Apple TV‌+ and Netflix are the frontrunners to possibly stream the new film, speculating that the bids involved are for significant amounts of money.

Apple has previously acquired the rights to films that would have premiered in the cinema, such as Tom Hanks’ World War Two movie “Greyhound.” Considering the purported success of the war film on ‌Apple TV‌+, it does not seem out of the question that Apple could be actively seeking to exclusively screen the upcoming Bond film in an effort to drive subscription numbers.

No Time to Die is one of the most hotly anticipated James Bond films, featuring Daniel Craig’s last outing as the titular character. After multiple delays releasing the film due to the global health crisis, it seems likely that studio MGM may be looking for viable alternative means of screening the film, namely streaming. It is also notable that Apple was reported to have entered talks to acquire MGM outright earlier this year.

I can’t get my head around the idea that we may well see James Bond debut on Apple TV+ or Netflix. The numbers I’ve been hearing the last few days are I N S A N E…