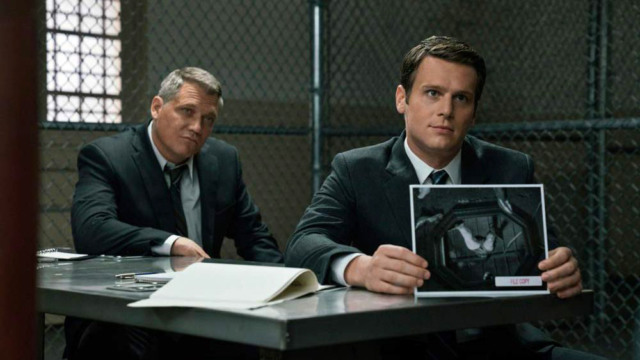 Citing a big budget, and low viewership, David Fincher has announced that Mindhunter is probably dead. Man, fuck this noise. The show is fantastic, and I curse every single slob who passed on it to watch, like, You or something.

Bad news for fans still holding out hope for “Mindhunter’ Season 3: David Fincher tells Vulture that his acclaimed Netflix serial killer drama series is “probably” done for good. News broke at the start of 2020 that “Mindhunter” cast members Jonathan Groff, Holt McCallany, and Anna Torv were being released from their contracts as a third season of the show was being put on an indefinite hold. That was because Fincher would not be able to develop a new season as he was busy working on his new feature “Mank.” Now “Mindhunter” Season 3 appears to be dead.

“I think probably,” Fincher answered when asked by Vulture if “Mindhunter” is over. “Listen, for the viewership that it had, it was an expensive show. We talked about ‘Finish ‘Mank’ and then see how you feel,’ but I honestly don’t think we’re going to be able to do it for less than I did Season 2. And on some level, you have to be realistic about dollars have to equal eyeballs.”

“‘Mindhunter’ was a lot for me,” Fincher noted, saying he spent six to seven months a year for over three years in Pittsburgh in order to work on the series. “We had done the first season of ‘Mindhunter’ without a showrunner, with me pinch-hitting on a week-by-week basis. We started getting scripts for the second season, and I ended up looking at what was written and deciding I didn’t like any of it. So we tossed it and started over.”

Fincher continued, “I brought in Courtenay Miles, an AD I’d worked with who wanted to write, and she ended up co-showrunning ‘Mindhunter.’ But it’s a 90-hour work week. It absorbs everything in your life. When I got done, I was pretty exhausted, and I said, ‘I don’t know if I have it in me right now to break Season 3.’”

“Mindhunter” is notable for bringing together Fincher and cinematographer Erik Messerschmidt, who first collaborated with the director as a gaffer on “Gone Girl.” In an interview over the summer, Messerschmidt hoped “Mindhunter” would continue with a third season.

“We just finished [‘Mank’] and I’ve heard things are on hold for a little bit. We’ll see. Who knows?,” Messerschmidt said at the time. “But it would be an honor to go back. I love working with David and adore the cast and the crew, and it’s been an incredible period of my life for certain. I’ve been really blessed to have the opportunity to work on it and contribute to it. It’s been particularly important and poignant in my career. But yeah, I don’t know. I don’t know what’s going on.”

The first two seasons of “Mindhunter” are available to stream on Netflix. “Mank” will open in select theaters November 13 before heading to Netflix on December 4.