Archives
« Hideo Kojima confirms Kojima Productions is working on a new game. God only knows its premise, but I’m listening
David Fincher says ‘Mindhunter’ is probably dead and I fucking hate this development » 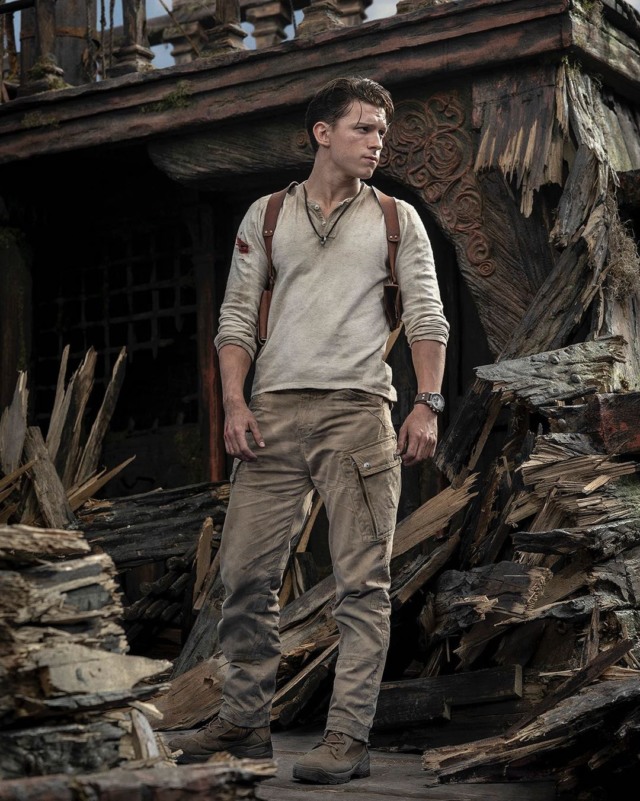 Man, the Uncharted movie is really fucking happening! It’s been in development for, like, 99% of OL’s existence. That said? Tom Holland looks good as young Nathan Drake in this set photo. Or at the least, not actively bad. IMO, IMO, of course.

We’ve been fooled before, but it looks like Sony’s Uncharted movie is finally, truly moving forward with filming. The latest shred of evidence comes courtesy of Tom Holland’s Instagram (as well as the official Uncharted Twitter account), where he shared a picture of him in full Nathan Drake costume. Holland has quite the young face in general, but he by and large looks the part — and the whole vibe of the shot screams “Uncharted” in a pretty satisfying way.

Providing even more evidence that the Uncharted film is a real thing, Nolan North posted some photos from a set visit today on Twitter. North played Nathan Drake in all four Uncharted games, and said that meeting Holland was like “looking in a mirror!” (A mirror that can reverse time, we presume.) Along with a photo of him and Holland, North also shared a couple of detail shots from around the set, further making it seem as if the Uncharted movie is real and actually being filmed as we speak.

Like looking into a mirror! Proud to have @TomHolland1996 continuing the Drake legacy! Absolutely smashing it!
Thanks for the set visit!!@unchartedmovie pic.twitter.com/sfiFYUJVyH