Top Disney investor urges company to drop ‘Black Widow’ on streaming. Yes, give us that shit! 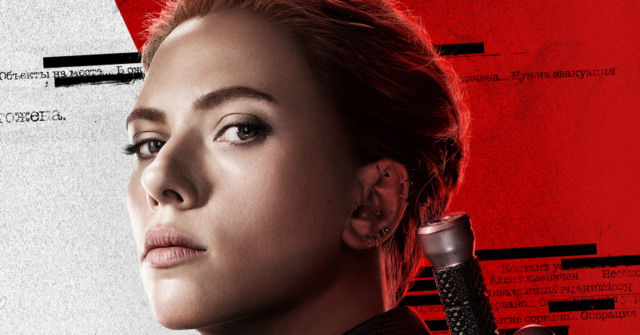 A top Disney investor is totally tickling my balls with their latest plea. Bro wants the company to drop Black Widow on streaming, and it makes all the sense in the world to me. Why? Cause I fucking want it! But, also? Cause we have no idea when this shit is ending.

A top Disney investor wants the company’s movies with blockbuster potential, including Marvel Studios’ twice-delayed Black Widow, to bypass movie theaters for a streaming premiere on Disney+. Days before The Walt Disney Company announced a restructuring that would immediately shift its “primary focus” to streaming via its Disney+, ESPN+, and Hulu platforms, the company sent Pixar’s Soul straight-to-streaming for a Christmas Day release on Disney+ without Mulan’s $29.99 Premier Access fee. Dan Loeb, the hedge fund manager for Third Point with roughly a $1 billion stake in the company, says sending high-profile films like Black Widow to Disney+ would attract new subscribers while retaining current customers.

“What Netflix has is this immense subscriber base that allows it to invest in an enormous amount of content and amortize that to get more subscribers,” Loeb told Variety. “Disney isn’t there yet, but they need to get there as quickly as possible. If they don’t get critical mass in their subscriber base, they will be permanently disadvantaged versus Netflix.”

Disney has already surpassed 60 million subscribers since launching Disney+ in November 2019. In August, Disney CEO Bob Chapek confirmed the streamer reached its five-year goal in just eight months, putting the service ahead of a forecast predicting 200 million subscribers by 2025.

To move the streamer closer to Netflix’s 193 million paid subscribers, Loeb urges Disney to skip theaters and instead send 2021-dated films like Black Widow to Disney+.

“My understanding is that the old-line executives don’t want to go over the top with their big tentpole movies, which is why they announced they were pushing Black Widow and other movies to 2021,” Loeb said. “I don’t think they appreciate the tiger they have by the tail, which is to say the value they can drive by moving into a subscription model, which has been adopted by everyone from Microsoft to Amazon. It’s so value accretive.”

Loeb predicts theaters shuttered by the COVID-19 pandemic will survive but foresees them becoming more of a “novelty experience,” saying the world is “going to go largely toward online distribution.” Disney’s October 12 reorganization is a step in that direction, but Chapek says the company will continue theatrical releases despite its focus on streaming.

“We’ve benefited from a tremendous relationship with theatrical exhibition for many, many, many years. As dynamics change in the marketplace, though, we want to make sure we’re giving consumers, who want to go to theaters to experience everything that a theatrical release can give them, we want to continue to give them that option,” Chapek said on CNBC’s Closing Bell.