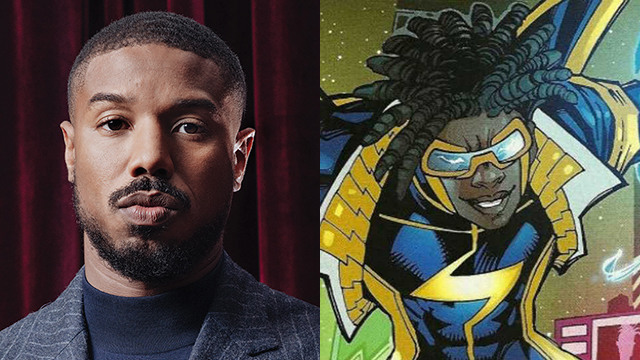 I don’t really know anything about Static Shock, dudes. However, I do know Michael B. Jordan! Dude is solid. Which means this project gains instant credence in my eyes.

Michael B. Jordan has signed on to another major superhero blockbuster. However, this time, he’ll be behind the scenes.

On Friday night, the Black Panther star announced he is producing the live-action adaption of Static Shock, a feature film from Warner Bros. and DC. Filmmaker Reginald Hudlin confirmed the project was in development while speaking on a DC FanDome panel back in August. He told fans he was excited to revive the Static character, which was created by the now-defunct Milestone Media—a coalition of Black artists and writers who specialized in comic books distributed by DC Comics.

“One of the things we’re really excited about, we really want to live up to the name of the company, Milestone Media,” Hudlin said during the panel discussion. “When we spoke to Jim [Lee] about reviving the Milestone line, we said ‘Look, we all know this has been a hit comic book and hit animated series. It’s time to expand back into all those areas and then some.’ So we’re in serious conversations about, as we’re launching the comic book series, developing the Static Shock movie. That will be a theatrical feature film.”

Static, aka Virgil Hawkins, is a Black teenager who develops electromagnetic powers after being exposed to radioactive tear gas. The character was also the center of a WB Kids animated series, which ran from 2000 to 2004. Since then, there have been few reports about a Static Shock revival, specifically a rumored web series starring Jaden Smith.

The Static Shock film will be produced through Jordan’s Outlier Society company, based at Warner Bros.

“I’m proud to be a part of building a new universe centered around Black superheroes; our community deserves that,” Jordan said in a statement to Variety. “Outlier Society is committed to bringing to life diverse comic book content across all platforms and we are excited to partner with Reggie and Warner Bros. on this initial step.”

Stay tuned as more information about the film becomes available.