Space Swoon: Iris Nebula is worth a good look! Get it? Iris? Eh! 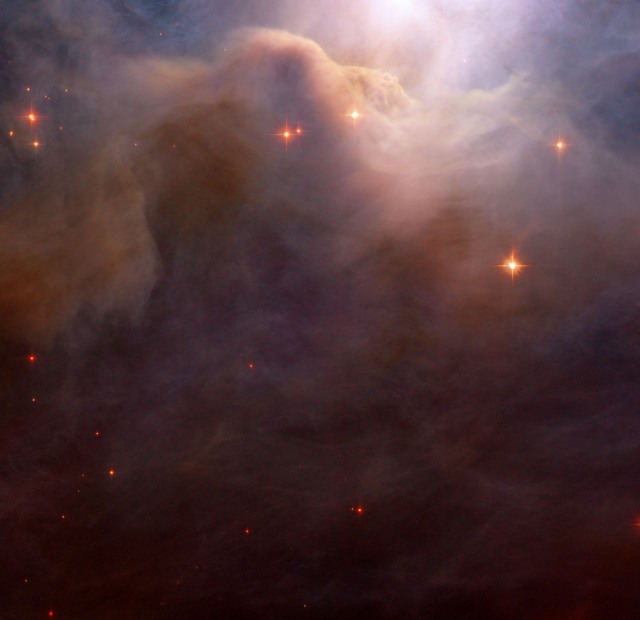 NASA’s dropped a sexy image of the Iris Nebula for our pleasure. And, it is a pleasure indeed!

This beautiful, blushing nebula is unique amongst its counterparts. While many of the nebulae visible in the night sky are emission nebulae — clouds of dust and gas that are hot enough to emit their own radiation and light — Caldwell 4, otherwise known as the Iris Nebula or NGC 7023, is a reflection nebula. This means that its color comes from the scattered light of its central star, which lies nestled in the abundant star fields of the constellation Cepheus. Located some 1,400 light-years away from Earth, the Iris Nebula’s glowing gaseous petals stretch roughly 6 light-years across.

This nebula is of particular interest to scientists because of its colors. Reflection nebulae glow because they are made up of extremely tiny particles of solid matter, up to 10 or even 100 times smaller than dust particles on Earth. These particles diffuse the light around them, giving the nebula a second-hand glow that’s typically bluish (like our sky). While the Iris Nebula appears predominantly blue, it includes large filaments of deep red, indicating the presence of an unknown chemical compound likely based on hydrocarbons. Studying nebulae like this one helps astronomers learn more about the ingredients that combine to make stars.

This close-up image, showing one rosy-colored region within Caldwell 4, is a composite of four exposures captured by Hubble’s Advanced Camera for Surveys in visible and near-infrared filters. Astronomers also studied the nebula with Hubble’s Near Infrared Camera and Multi-Object Spectrometer to determine which chemical elements are present in Caldwell 4.