Astronomers claim they’ve spotted multiple bodies of liquid water on Mars. Get our asses there! 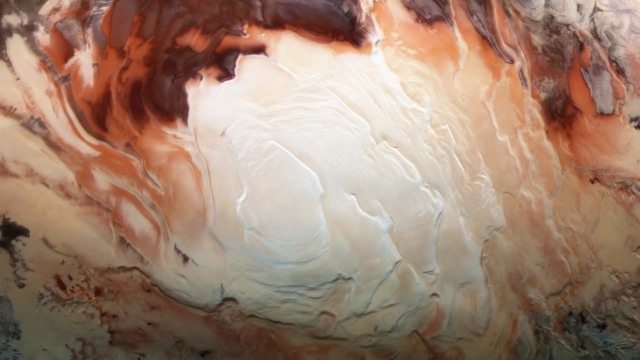 Two years ago, a team of Italian scientists claimed to have discovered a subglacial lake near the Martian south pole. The same team has collected further evidence to bolster this claim, including the apparent discovery of even more buried bodies of liquid water. The new research speaks to the potential for life on Mars, but not everyone is convinced by the evidence.

More liquid water may exist beneath the Martian surface than we realized, according to new research published today in Nature Astronomy. The new paper describes several newly detected subglacial water bodies beneath the Martian south pole, in addition to the described water body found two years ago.

Liquid water existed on Mars billions of years ago, but it’s mostly gone now, for reasons that aren’t fully understood. The prospect of liquid water beneath the surface is sure to attract the attention of astrobiologists, as similar subglacial lakes on Earth, including Lake Vostok in Antarctica, are known to harbor microbial life.

To be fair, this liquid water, if it does exist—still a big if—is super salty and probably very slushy. The hypersaline aqueous solution stays in liquid form despite temperatures much lower than the freezing point of water, according to Elena Pettinelli, the lead author of the study and an associate professor at the Università degli Studi Roma Tre in Rome.