Archives
« Microsoft is buying Bethesda and now owns ‘Doom’, ‘Fallout’, ‘Elder Scrolls’, ‘Wolfenstein’ and a shitload of other titles.
Astronomers claim they’ve spotted multiple bodies of liquid water on Mars. Get our asses there! »

Samuel L. Jackson’s Nick Fury is getting his own Disney+ series because fucking of course! 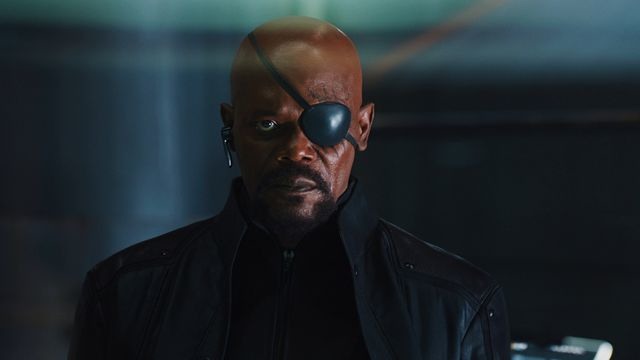 Hey-o, motherfuckers! Samuel L. Jackson is going to be reprising his role as Nick Fury in a Disney+ series. Wee! I don’t know, I’m fucking burnt out on this shit.

Ever since Samuel L. Jackson’s Nick Fury first appeared in the end credits scene for Iron Man, kicking off the start of the Marvel Cinematic Universe, there has been talk of a solo Nick Fury movie for the better part of a decade. But, now, the eye-patched king of espionage is getting the next best thing: His own Disney+ series. Via Variety:

The exact plot details of the show are being kept under wraps, but multiple sources say Jackson is attached to star with Kyle Bradstreet attached to write and executive produce. Like all the other Marvel shows at Disney Plus, Marvel Studios will produce.

The announcement of a Nick Fury series arrives on the heels of an aggressive push to populate Disney+ with MCU characters. Due to the pandemic, The Falcon and the Winter Soldier missed its August release date and will arrive sometime in 2021. However, WandaVision is still on track for a 2020 release, and its latest trailer did Avengers-level numbers when it debuted during the Emmys, which proves fan interest is strong for new MCU series.

In addition to the growing hype for WandaVision, Marvel made waves in mid-September when it announced that Orphan Black star Tatiana Maslany has officially signed on to play She-Hulk in the upcoming Disney+ series. Meanwhile, Ms. Marvel is moving full steam ahead with Bad Boys for Life directors Adil El Arbi and Bilall Fallah, and the Loki series is reportedly on track for a 2021 release despite having to pause production. As for Hawkeye and Moon Knight, both series are still in the works, and there are unconfirmed reports that Moon Knight will be announcing a casting decision soon.