Ben Affleck also returning as Batman for ‘The Flash’ movie and it’s a goddamn party, baby! 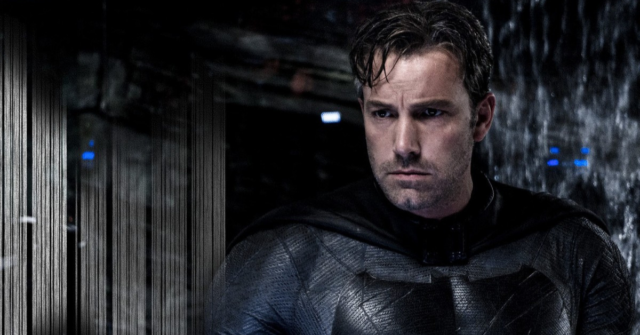 Michael Keaton ain’t the only dude returning as Bruce Wayne in The Flash movie. Nope! Ben Affleck is returning as well! Fucking wild. I love it. I love it!

Batman forever strives for a chance to set things right. That may finally happen with Ben Affleck’s version of the crimefighter.

The Argo director’s brooding Dark Knight is coming back for one more movie, with Affleck agreeing to return as Bruce Wayne in the upcoming big-screen version of The Flash, Vanity Fair has learned.

Portrayals of Batman always ignite furious debate among fans, and Affleck’s selection for the part continues to provoke intense discussion, even years after he first donned the cowl. Some love him; some disparage him. Some refused to see him in the role from the very beginning, while others consider him an underrated favorite who deserved more chances to play the role onscreen.

The Flash movie, which is planned for release in summer 2022, will feature fast-moving hyper-hero Barry Allen, played by Ezra Miller, breaking the bonds of physics to crash into various parallel dimensions, where he’ll encounter slightly different versions of DC’s classic heroes. It’s an adaptation of DC’s 2011 Flashpoint series of comic book crossovers, directed by Andy Muschietti, the filmmaker behind the recent adaptations of Stephen King’s It and It Chapter Two.

“His Batman has a dichotomy that is very strong, which is his masculinity—because of the way he looks, and the imposing figure that he has, and his jawline —but he’s also very vulnerable,” Muschietti said in an interview. “He knows how to deliver from the inside out, that vulnerability. He just needs a story that allows him to bring that contrast, that balance.”

“He’s a very substantial part of the emotional impact of the movie. The interaction and relationship between Barry and Affleck’s Wayne will bring an emotional level that we haven’t seen before,” the director added. “It’s Barry’s movie, it’s Barry’s story, but their characters are more related than we think. They both lost their mothers to murder, and that’s one of the emotional vessels of the movie. That’s where the Affleck Batman kicks in.”

“I’m glad to be collaborating with someone who has been on both sides of the camera, too,” Muschietti said. “He understands.”

Affleck won’t be the only Batman making a comeback; a few more of the alternate-dimension heroes who turn up in the Flash movie will be figures we’ve seen before. Michael Keaton’s Batman from the 1989 Tim Burton film is also set to appear in what Muschietti said was a “substantial” part.