Archives
« Monday Morning Commute: It Ain’t Palm Springs, But It’ll Do
NASA experiment shows that radishes could probably grow in Lunar soil. I fucking hate radishes, but this is…rad » 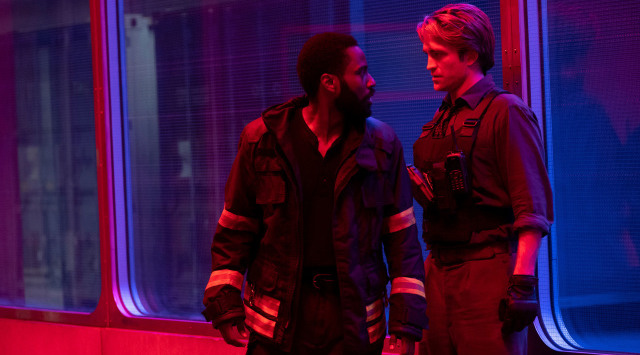 Tenet has been delayed indefinitely, folks. Which means Nolan and WB have accepted the obvious. You know, that movie theaters ain’t fucking opening any time soon.

Tenet was originally scheduled to come out on July 17, but the release date was pushed back to July 31, and later August 12, due to the COVID-19 pandemic. But with theaters still closed (yesterday, two days after the film was initially intended to hit cinemas, “marked the 41st straight day that the seven-day average for new daily coronavirus infections in the United States trended upward,” the Washington Post reports), Warner Bros. announced that Christopher Nolan’s mind-bender has been delayed indefinitely.

“We will share a new 2020 release date imminently for Tenet, Christopher Nolan’s wholly original and mind-blowing feature,” Warner Bros. chairman Toby Emmerich said in a statement. “We are not treating Tenet like a traditional global day-and-date release, and our upcoming marketing and distribution plans will reflect that.” Unlike another WB movie James Wan’s The Conjuring: The Devil Made Me Do It, which was moved from this September to next June, Tenet is still expected to be released this year. It’s also worth noting that the studio not treating the blockbuster like “a traditional global day-and-date release” means other countries, the ones that have their sh*t together, might get to see it before it comes out in the United States, which decidedly doesn’t have its sh*t together.

Can I interest anyone in watching Inception for a 47th time?