Michael Keaton returning as Batman in ‘The Flash’ movie, maybe more. This is so fucking good. 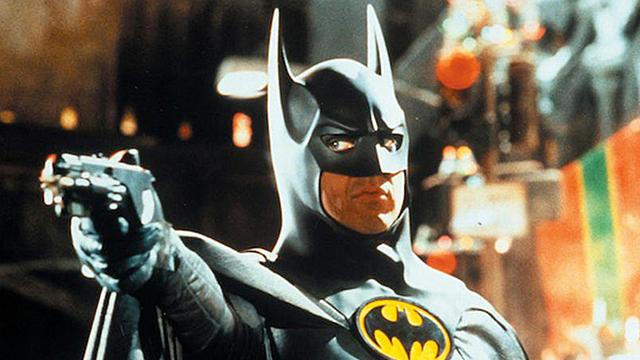 Friends, the best Batman is returning. Michael Keaton will once again be donning the cowl, beginning with The Flash movie.

There may be new Batman in town. And he’s the same as the old Batman.

Michael Keaton, who famously starred as the Caped Crusader in the Tim Burton-directed early 1990s Batman movies, is in talks to reprise the character for Warner Bros.’s DC movie, The Flash.
Ezra Miller is on board to star as Barry Allen, AKA, the Flash, in the feature that will be directed by It filmmaker Andy Muschietti.

But wait, there’s more. If a deal makes, Keaton wouldn’t just return for Flash but possibly for several other DC-oriented film projects. Sources tell THR that the role being envisioned for the veteran actor is akin to the role played by Samuel Jackson as Nick Fury in the Marvel Cinematic Universe, something of a mentor or guide or even string puller. Batgirl is one the projects in development that could fall under that win.

Keaton was a comedic actor who was nabbed the plum title role in 1989’s Batman. He initially took heat from fans that didn’t see him as imposing or chiseled, but the movie became a sensation, and the actor reprised the character in the 1992 sequel, Batman Returns. Afterwards, Keaton tried to distance himself from his role and even skewered it in 2014’s Birdman, where played a faded actor that once starred in superhero movies. The part earned him an Oscar nomination for best actor.

Pattinson’s The Batman is currently being looked as separate from Flash or other DC movies but the Flash feature project is offering an intriguing escape hatch to such ideas: the story is said to involve not just time travel but inter-dimensional travel. This posits the idea that those movies existed in their own timeline and, more tantalizing with the Keaton development, the idea that you can cross over from one “movie universe” to another.

Flash is eyeing a London start in spring of 2020.