Astronomers find that some stars have a rhythmic pulsing not unlike a heartbeat. The fucking Cosmos pulses, yo! 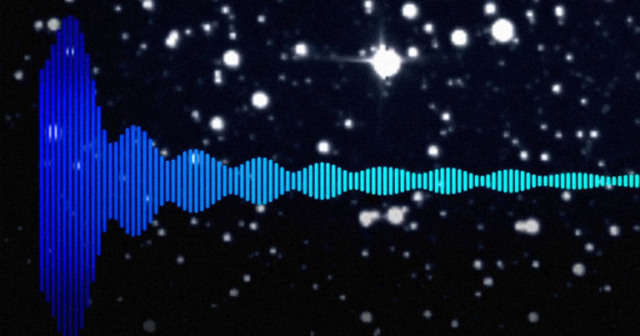 Fucking astronomer wizards have done it again, folks. They’ve long been puzzled by the rhythmic pulses of a certain type of star, and now they’ve finally been able to cut through all the noise. To discover! Their beating hearts! Okay, okay. Not literally, but this is dope.

Astronomers have long been puzzled by the rhythmic pulsations of a certain type of stars. But now for the first time, they’ve been able to cut through the cosmic background noise of the universe to discover their “beating hearts.”

For the past few decades, astronomers have attempted to hear the pulsations from a class of stars known as “delta Scuti.” New data from NASA’s Transitioning Exoplanet Survey Satellite (TESS) reveals these exact patterns from the insides of dozens of nearby stars, according to a study published this week in the journal Nature.

“Previously we were finding too many jumbled up notes to understand these pulsating stars properly,” lead author Professor Tim Bedding from the University of Sydney said in a press release. “It was a mess, like listening to a cat walking on a piano.”

Delta Scuti stars, named after a star in the constellation Scutum, are young, rapidly-rotating stars that are about 1.5 to 2.5 times the mass of the sun. While researchers were aware that these stars can pulsate, they had not yet previously been able to detect any clear patterns in the beats.

After looking at thousands of stars, the research team found 60 — which range from about 60 to 1,400 light-years away from Earth — with shockingly regular high-frequency pulsations that are essentially like beating hearts. One of the stars studied, beta Pictoris, is just 60 light-years from Earth and visible to the naked eye from Australia.

“The incredibly precise data from NASA’s TESS mission have allowed us to cut through the noise. Now we can detect structure, more like listening to nice chords being played on the piano,” Bedding said.

These elusive pulsations, caused by energy being stored and released within the star, fall into two major categories. Some of them occur as the entire star symmetrically expands and contracts, while others occur as opposite sides alternatively expand and contract, appearing to astronomers as changes in brightness.

The scientists noted that some of the stars they studied are surprisingly close to one another. “Our results show that this class of stars is very young and some tend to hang around in loose associations. They haven’t got the idea of ‘social distancing’ rules yet,” Bedding said.

Researchers said the asteroseismological discovery is like getting to look inside a star and see what it’s made of. Their findings could help explain the inner workings of billions of stars across the universe.

“Over periods of time, variations in the data reveal intricate — and often regular — patterns, allowing us to stare into the very heart of the massive nuclear furnaces that power the universe,” researchers said.

Asteroseimological findings like this one will not only help researchers understand the insides of distant stars, but also those of our own sun. In the hunt for dark matter, studying the sun’s temperature, chemical make-up and production of neutrinos plays an important role.

“The more we know about stars, the more we learn about their potential effects on their planets,” said co-author and PhD student Isabel Colman.