Archives
« ‘Obi-Wan Kenobi’ TV series now being written by the writer behind the absolute diarrhea that was ‘King Arthur: Legend of the Sword’ and like what the fuck
Marvel Studios releases a fuckload of new release dates for its movies including ‘Black Widow’, ‘The Eternals’ and others »

Space Swoon: Hubble captures a cannibal galaxy. The cosmos continues to be metal as all fuck! 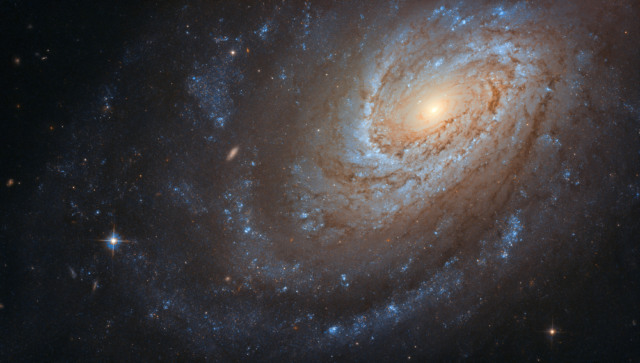 Here’s some cosmic distraction, friends. The Hubble has captured a cannibal galaxy. The motherfucker NGC 4651 consumed a smaller galaxy, to give birth to the glorious one we see today.

This remarkable spiral galaxy, known as NGC 4651, may look serene and peaceful as it swirls in the vast, silent emptiness of space, but don’t be fooled — it keeps a violent secret. It is believed that this galaxy consumed another smaller galaxy to become the large and beautiful spiral that we observe today.

Although only a telescope like the NASA/ESA Hubble Space Telescope, which captured this image, could give us a picture this clear, NGC 4651 can also be observed with an amateur telescope — so if you have a telescope at home and a star-gazing eye, look out for this glittering carnivorous spiral.