Marvel Studios releases a fuckload of new release dates for its movies including ‘Black Widow’, ‘The Eternals’ and others 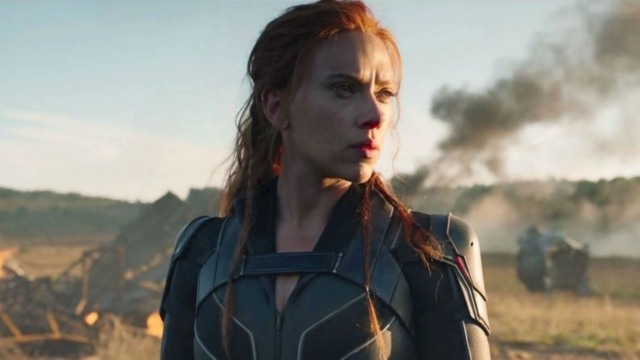 Marvel Studios has released a fuckload of new release dates. ‘Cause, you know, fucking COVID-19. Black Widow is now dropping in November, which feels somewhat sane. This punts The Eternals to February, taking Shang-Chi‘s slot. And pretty much down the calendar the MCU movies are pushed. Not surprising.

Several weeks after Marvel Studios’ Black Widow was delayed due to the coronavirus (COVID-19) pandemic, the powerhouse studio has shuffled its slate. The first solo adventure starring Scarlett Johansson’s super-spy will now open later this year, triggering a domino effect that sees the entire new phase of movies, including The Eternals, Doctor Strange in the Multiverse of Madness, Thor: Love and Thunder, Shang-Chi and the Legend of the Ten Rings, and Captain Marvel 2 shuffled around the schedule.

Here’s how it breaks down:

The Eternals, originally set for November of this year, will now open on February 12, 2021.

Shang-Chi and the Legend of the 10 Rings, which was originally in the spot now claimed by The Eternals, will now open on May 7, 2021.

Doctor Strange in the Multiverse of Madness sees one of the biggest delays, moving from its May 2021 release date to November 5, 2021.

Thor: Love and Thunder, pushed aside by Doctor Strange, will now open on February 18, 2022.

The pattern is pretty clear. For the most part, the Marvel schedule has essentially shifted one already-held release date over, with one movie displacing another until they all have new homes. Of course, all of this is contingent on the world and the economy being somewhat back to normal by the holiday season. At the very least, new Marvel movies gives us something to look forward to and a reminder that we only get to see these films if we stay inside and practice social-distancing to flatten the curve. Don’t be a jerk, folks.

What we don’t know is if the release dates for the Disney+ shows The Falcon and the Winter Soldier, WandaVision and Loki will be affected as well. We’ll cross our fingers and hope for the best – new superhero shows to stream will sound pretty damn good in a few months.