Archives
« ‘Mindhunter’ cast has been released from contracts. It ain’t cancelled officially. But still, god dammit.
Lucasfilm wants Taika Waititi for new ‘Star Wars’ movie. BRO, don’t even kid about this, I need it » 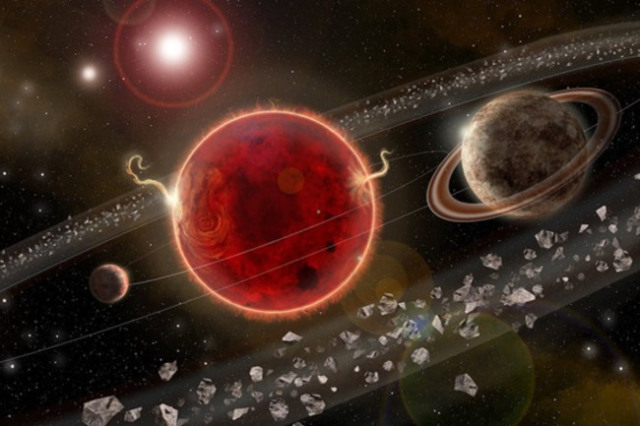 Scientists have made a discovery, friends! They’re always up to that fucking shit. This particular discovery? That of a second exoplanet orbiting Proxima Centauri, the star closest to our own.

Howdy Neighbor
An international team of astronomers have found new evidence of a second exoplanet orbiting Proxima Centauri, the star that’s closest to the Sun at only 4.22 light years away.

“Proxima is our closest neighbor in an immense universe,” co-author Fabio Del Sordo, an astronomer at Yale University, told Scientific American. “How could we not be charmed by it?”

Proxima C
In a study published in the journal Planetary Science today, the team suggests that “Proxima c,” a suspected super-Earth about six to eight times heavier than Earth, could be orbiting Proxima Centauri every 1,900 Earth days.

The astronomers found the evidence by examining 17 years of data from instruments run by the European Southern Observatory in Chile. They found persistent and regular light signals collected by the observatories, suggesting the existence of an orbiting planet.

Mo’ Doubt
It will take a lot more data, however, to fully confirm the existence of the freezing exoplanet, as MIT Technology Review points out.

Luckily, that might soon change thanks to the European Space Agency’s Gaia spacecraft, as noted in the paper — a space observatory that measures the positions and motions of stars, which is set to release a ton of new data in the coming years.