Archives
« Monday Morning Commute: In the Glow of the Great Uniter: Baby Yoda
‘Joker’ sequel with Todd Phillips attached may or may not be happening. Probably yes, because we live in Hell » 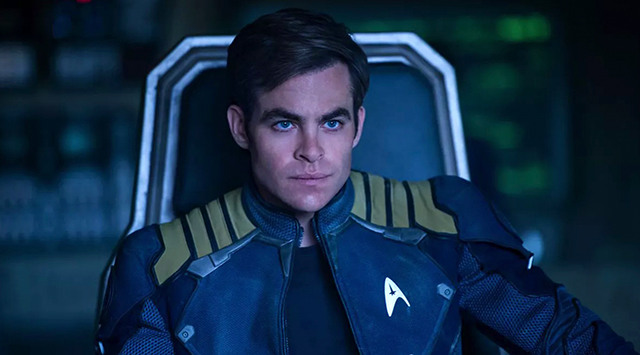 Oh! Hey! How do you get me to give a fuck about Star Trek 4? You pop Fargo and Legion mastermind Noah Hawley on the director’s chair! Plus, Chris Pine and Chris Hemsworth are apparently returning. Hell yeah.

Chris Pine and crew are expected to return for the fourth installment of the Paramount series.
Paramount is beaming up a new captain for its Star Trek franchise: Noah Hawley, who is best known for TV’s Fargo and Legion, will direct the next Trek film for the studio, The Hollywood Reporter has confirmed.

It is expected that Chris Pine will reprise his role as Captain James T. Kirk alongside such castmates as Zachary Quinto and Zoe Saldana, who have been with the film series since J.J. Abrams revamped the franchise in 2009. This fourth Star Trek stands separate from one that Quentin Tarantino has been attached to for two years.

Paramount had been developing a fourth installment after 2016’s Star Trek Beyond and had hoped to be in production earlier this year. But after developing a time travel-themed script that would reunite Pine’s Kirk with his father (Chris Hemsworth), negotiations with the two actors fell apart in summer 2018. The studio was trying to keep costs contained but the initial deals for the actors playing the Enterprise crew had run out and new, more expensive, deals were on the table. Talks never resumed and the project was shelved.

S.J. Clarkson was attached to helm Star Trek 4 at the time and would have become the first woman in the franchise’s history to direct a Trek film.

Hawley is a respected mind in the genre space and won an outstanding miniseries Emmy for Fargo’s first season in 2014. A fourth season is on the way with Chris Rock in the lead. Hawley also directed the feature Lucy in the Sky, which starred Natalie Portman, and was developing a script based on the Marvel villain Doctor Doom for Fox before the studio was purchased by Disney.

Hawley will produce Star Trek 4 via his 26 Keys shingle along with Bad Robot, the production banner run by Abrams, who helmed the first two installments of this current Trek incarnation.