Archives
« ‘Star Trek 4’ being written and directed by ‘Fargo’ and ‘Legion’ TV series creator Noah Hawley!
Kathleen Kennedy doesn’t know what next ‘Star Wars’ movie will be but says Jon Favreau will have a big role. This is so fucking good, no? »

‘Joker’ sequel with Todd Phillips attached may or may not be happening. Probably yes, because we live in Hell 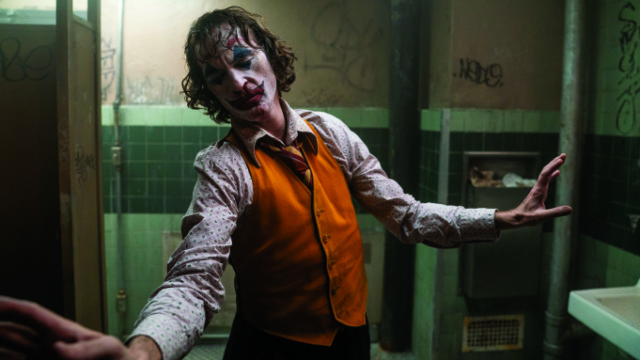 Today, news broke that a Joker sequel being helmed by Todd Phillips was a go. Not surprising, right? Original made a zillion dollars. However, Deadline has reported that shit ain’t set in stone. However given how much the first movie made, it’s pretty obvious the sequel is coming. I suppose the larger question is whether or not Phillips will return. Dude claims “artistic integrity” by made thirteen Hangover movies so fucking probably.

The Joker sequel news that hit a trade today is great click bait, but multiple inside sources said that while a sequel to the billion dollar grossing film is an obvious likely eventuality that makes all the financial sense in the world, at this point there are no deals for a sequel, nor even any negotiations with director Todd Phillips or his co-writer Scott Silver to craft one.

Those sources add that the linchpin of today’s THR story — that a week after Joker‘s opening, Phillips met with Warner Bros film chief Toby Emmerich to pitch a portfolio of DC character origin stories — is as flat false as earlier stories that Martin Scorsese contemplated directing the first Joker (Scorsese was originally going to be a producer, but dropped out because of his crowded schedule). Multiple sources said no such October 7 meeting between Phillips and Emmerich occurred, and that Phillips hasn’t even considered overseeing other DC character films. That would be in keeping with Phillips’s track record of being selective: after The Hangover began breaking records for R rated films, he did not seek to turn his company into a comedy factory.

No one is saying a Joker sequel won’t happen someday. But multiple sources said nothing has happened yet, and that Phillips and co-writer Scott Silver have made no real moves to draft the further dark rise of Joaquin Phoenix’s Arthur Fleck character, or even to make a deal to do that.