Archives
« ‘Joker’ sequel with Todd Phillips attached may or may not be happening. Probably yes, because we live in Hell
Scientists place humans in “suspended animation” for the first time. The future is fucking wild, friends. »

Kathleen Kennedy doesn’t know what next ‘Star Wars’ movie will be but says Jon Favreau will have a big role. This is so fucking good, no? 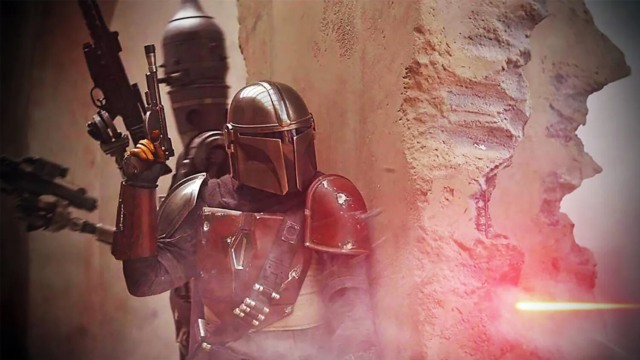 Interesting. Kathleen Kennedy doesn’t know what the next Star Wars movie is going to be. The Feige one is years away. However, she does know that Jon Favreau will have a big role in the future of Star Wars. And after the last week? I think we can all agree that’s fantastic fucking news.

The Star Wars film universe is in a weird place right now. The Skywalker Saga is about to end with The Rise of Skywalker, but what comes after that? Apparently no one knows – not even Lucasfilm President Kathleen Kennedy. During an extensive interview with Rolling Stone, Kennedy opened up about the latest Star Wars films, and what happens next.

During a deep-dive with Rolling Stone, Kathleen Kennedy was asked flat-out if she’s decided what the next Star Wars movie will be. Her answer lines up with what we’ve been hearing from various people for months: nope, they’re still working that out. She said:

“No. We’ve got various things we’re looking at and various ways in which we can begin or not. As you can imagine. You know, do you go back? Do you go forward? All those questions are being asked. Do we stay in this galaxy? Do we go to another? The universe is never-ending. [Laughs.] The good news and the bad news. They have endless possibilities. It’s liberating, it’s exciting, and it creates a lot of pressure and anxiety as well.”

But is that the whole story? THR has a separate piece indicating that Kennedy actually has a new Star Wars movie “on deck” for 2022, adding, “No announcement is planned until January.” The only other clue for that mysterious 2022 movie is that it’s not from Rian Johnson. Johnson was announced as the creator of a new trilogy before The Last Jedi, and as far as anyone knows, that’s still happening.

Kennedy doesn’t comment on that, but she does praise Johnson’s work on The Last Jedi, saying, “I love what Rian did. It’s an absolutely wonderful movie. I think he’s an extraordinary filmmaker. And I really appreciated the bold moves that he did make. I think people forget that, especially when you’re doing a trilogy structure, the first movie is setting things up, the second is usually the conflict, and the third is the resolution.”

And what about the Star Wars movie Marvel Studios President Kevin Feige is working on? That’s still happening, but according to Kennedy, it’s still many years away. “Kevin has been a huge fan of Star Wars, and he’s made that pretty clear,” Kennedy says. “And I think when he went off to do a couple of the Spider-Man movies, he realized that he could kind of step in and out of what he’s doing specifically with just Marvel. He talked to us, and he talked to the studio and said, ‘You know, is there any chance I could step in and do one of the Star Wars movies?’ And I thought it was a pretty cool idea. So we’re just beginning to talk about what that might be and when that might be. But it’s a ways off.”

The interview also brings up the revelation from Bob Iger’s recent book that George Lucas wasn’t very happy with The Force Awakens. Kennedy has no problem with that. “Personally, I’ve had a relationship with George going back to all of us meeting before making Raiders of the Lost Ark. So this is a long, 35-plus years that I’ve known George, and I continue to be very, very good friends with George,” she says, adding: “He may not agree with every choice J.J. made. He may not agree with every choice Rian made. But he appreciates the filmmaking. That I know. And he so appreciates, for instance, what ILM [Industrial Light & Magic, Lucasfilm’s visual-effects arm] has done in the work of these movies. I mean, that’s a company he created. And he just continually tells me how astounded he is by how far things have come and how, now, whatever comes into your mind can be achieved.”

And while you probably could’ve guessed the answer for yourself, Kennedy is asked during the interview if Lucas might ever return to the Star Wars franchise. Her reply: “I doubt it.”

As for the future, the THR piece mentioned above states that The Mandalorian creator Jon Favreau “will have a lot of say over the future of Star Wars,” and that “Kennedy’s ideal team includes key roles for Michelle Rejwan, a producer on Episode IX and Lucasfilm’s senior vp live action development and production, and Dave Filoni, the veteran animation director and George Lucas protege who directed live-action for the first time with two episodes of Mandalorian.”