‘The Batman’ looking to add Andy Serkis as Alfred and Colin Farrell as The Penguin. This cast is fucking absurd, dudes 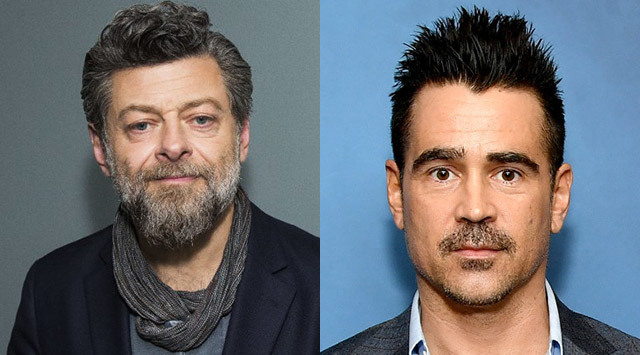 Andy Serkis! He ain’t never met a franchise he didn’t want to be join. Now, dude is reuniting with Matt Reeves on The Batman. Playing Alfred! Additionally, motherfucking Colin Farrell could end up as The Penguin. Wild, wild times.

Andy Serkis is in talks to play Alfred Pennyworth, Bruce Wayne’s trustworthy butler, in Matt Reeves’ “The Batman,” sources tell Variety, while Colin Farrell is being eyed to play the famous Batman villain the Penguin.

Robert Pattinson is on board to play the title role, Zoe Kravitz will play Catwoman and Paul Dano is set to play the Riddler. WB had no comment on the casting.

Pre-production on the Warner Bros.-DC Comics adaptation is expected to start this summer. No official start date has been set, although sources tell Variety that filming could start in late 2019 or early 2020. “The Batman” is scheduled to hit theaters June 25, 2021.

The Penguin, who was once previously played by Danny DeVito in “Batman Returns,” marks Farrell’s first comic-book role since playing Bullseye in 2003’s “Daredevil.”

Serkis joins the ranks of Michael Gough, Michael Caine and Jeremy Irons, who have previously played Alfred. Serkis and Reeves have a strong relationship, going back to their days on “Planet of the Apes,” which Reeves directed while Serkis played the key character of Caesar.

Farrell was most recently seen in Disney’s “Dumbo.” Serkis has been tapped to direct “Venom 2” for Sony.