Archives
« Monday Morning Commute: well it ain’t perfect but i don’t mind [because it’s worth it]
‘The Batman’ looking to add Andy Serkis as Alfred and Colin Farrell as The Penguin. This cast is fucking absurd, dudes » 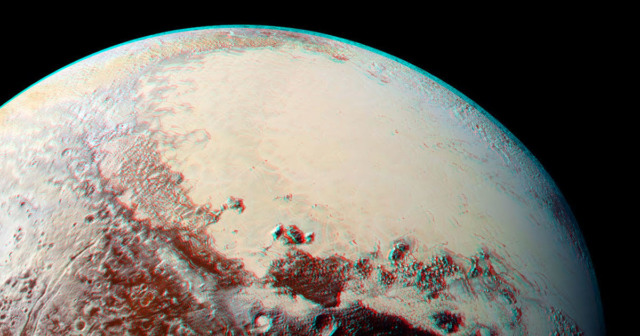 NASA is considering a return trip to the most hotly-contested body in our solar system and has awarded funding to the Southwest Research Institute (SwRI) to study the cost and feasibility of an orbiter mission to Pluto.

Following the success of the New Horizons mission which visited Pluto in 2015 and then traveled on to visit Kuiper Belt Objects (KBOs) including the most distant object ever explored, Ultima Thule, scientists want to go back to the dwarf planet to learn more about it. New Horizons had a limited payload so it could only perform a cursory analysis of Pluto and its moons. The new mission would involve sending a craft into orbit around the dwarf planet to gather data and hopefully answer some of the questions raised by the earlier mission.

NASA is funding the study as part of the Planetary Science Decadal Survey, a document that explores key questions in planetary science and is published every 10 to 15 years. The study will form part of the next survey, which is set to begin in 2020.