Archives
« Desktop Thursdays: Pour One Out For Summer
Lab-Grown “mini-brains” start producing human-like brain waves after months in a dish. The future is fucking wild » 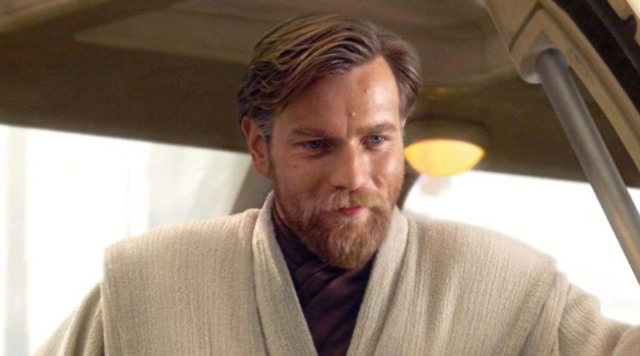 That Obi-Wan Kenobi series that’s finally finally happening on Disney Plus? Motherfucker takes place eight years after Revenge of the Sith. I hope Kenobi has spent that time thinking about what a dick-head he was to Anakin, and flirting with Tusken raiders.

The D23 Expo confirmed recent (and ongoing) rumors that Ewan McGregor had signed on to finally reprise his role as Obi-Wan Kenobi in a series Lucasfilm is sending to the Disney+ streaming service. A new timeline graphic displayed during the Lucasfilm portion of the Disney+ presentation had the series taking place during the events of Solo: A Star Wars Story, but now we have an even better idea about when the Kenobi series unfolds in the Star Wars universe.

During a recent episode of The Star Wars Show on YouTube, it was revealed when the Obi-Wan Kenobi series takes place:

It should be noted that Obi-Wan Kenobi and Darth Maul already had a rematch in Star Wars Rebels, which is considered canon in the Star Wars timeline. So it’s not clear how the live-action series would have to handle something like that. There’s always a chance Kenobi could follow rumblings of the resurgence of Darth Maul, forcing him to deal with all sorts of seedy characters from the Crimson Dawn crime syndicate, maybe running into Emilia Clarke as Qi’Ra or Paul Bettany as crime boss Dryden Vos. It would certainly help pick up the open thread after that cliffhanger of an ending.

We’ve got plenty of time to speculate and hear more about the Obi-Wan Kenobi series happening at Disney+. Production isn’t slated to begin until 2020, which means we may not see the series until late that year or possibly even early in 2021. At the very least, along with The Mandalorian and the Cassian Andor series, it will help keep Star Wars fans entertained until the next series of films from Game of Thrones creators David Benioff and D.B. Weiss gets off the ground. Stay tuned for more soon.