Archives
« Obi-Wan Kenobi series on Disney+ takes place eight years after ‘Revenge of the Sith’ which is a lot of time for him to contemplate his fuck-ups
‘Yakuza 7’ is dropping next year and it’s going fucking full turn-based combat! Fucking wild. » 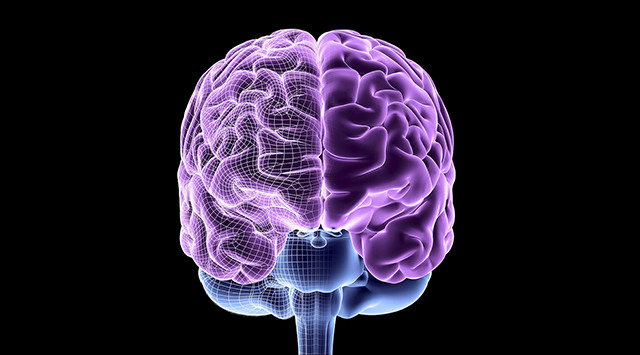 I say, goddamn! Scientists have grown mini-brains in a lab. These “mini-brains” are clusters of human brain cells called organoids, and after six-to-nine months they start producing electrical patterns similar to that of a preterm infant. Fucking wild. Why the fuck these mad scientists doing this? Great question. They are hoping these organoids can help understand the earliest phase of human brain development, and diseases such as autism and schizophrenia.

By the time a fetus is 6 months old, it is producing electrical signals recognizable as brain waves.

“After these organoids are in that six-to-nine-months range, that’s when [the electrical patterns] start to look a lot like what you’d see with a preterm infant,” says Alysson Muotri, director of the stem cell program at the University of California, San Diego.

The finding suggests that organoids can help scientists study the earliest phase of human brain development and perhaps reveal the earliest biological beginnings of conditions such as schizophrenia and autism.

But the presence of humanlike brain waves in a dish is also likely to focus attention on the ethical questions surrounding this sort of research.

Brain organoids, popularly known as “minibrains,” start out as just a few stem cells in a dish.

But with the right sort of assistance from researchers, they can grow into spheres the size of a pea and begin to look and act like human brain tissue.

“We have to figure out an ethical way to enable this research to progress.”

Nita Farahany, professor of law and philosophy at Duke University

So Muotri had his lab begin monitoring the electrical signals coming from these organoids as they grew.

Early on, electrodes picked up just a few spikes of electrical activity. But after several months, “we realized that the number of spikes were too many,” Muotri says. “We’d never seen that before.”

As the organoids continued to grow, the electrical spikes measured became even more common and started to occur at different frequencies.

“And what we could tell is not only the neurons are connecting to each other, but they are forming these microcircuitries,” Muotri says. “That’s when we started seeing these brain waves.”

It appeared that the brain cells were communicating with one another and forming networks, he says.

“We thought, wow. I mean, it’s nice that we have this system,” Muotri says. “But how close is that to the human brain?”

To find out, the team trained a computer to recognize the brain waves produced by babies born up to three months prematurely. Then they had the computer look at the brain waves from organoids as they grew and matured in the lab.

The result adds to the evidence that organoids offer a way to study a wide range of brain diseases and disorders “that have origins in these very early stages of brain development,” Muotri says. These include bipolar disorder, schizophrenia and autism, he says.

But ethicists say this sort of research needs some guidelines.

“If we’re starting to see spontaneous brain activity that grows and develops as the organoid grows and develops, then we need to have some concerns about how ought we regard these things,” says Nita Farahany, professor of law and philosophy at Duke University. “Do they have some moral status?”

There’s still a big gap between an actual human brain and a brain organoid, Farahany says. For example, the human brain has a million times more cells and is connected to the world through our senses.

But the gap is closing, as organoids become more complex, acquire the capacity to respond to their environment and now can live for years in a lab.

“The big questions in organoids are will they ever develop any sentience-like capabilities, any perceptions of pain or any perception whatsoever,” Farahany says.

On the other hand, she says, organoid research is really important because scientists have been unable to replicate many human brain problems in animal models.

“If we don’t have good models to study the human brain, the potential for being able to address so much human suffering, disease, things that are very difficult to model in animals, we’ll never reach,” Farahany says. “So we have to figure out an ethical way to enable this research to progress.”

The National Institutes of Health and other scientific organizations recognize the problem and are beginning to develop some guidance for researchers, says Farahany, who sits on the NIH Neuroethics Working Group.

“But that work needs to speed up,” she says, “because the science is going very quickly.”