‘Mario Kart Tour’ is dropping on smartphones on September 25. Get pissed at blue shells anywhere, now! 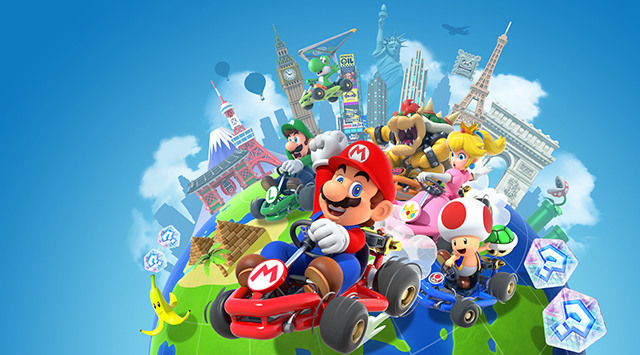 I completely forgot that there is a Mario Kart game dropping on smartphones. Additionally, I will forget once again. But right now! It’s at the top of my mind. And I’m here to tell you, it’s arriving this September.

As well, I know technically you can already get pissed at blue shells anywhere already, because Mario Kart is on the Switch. Just let me have the fucking headline, pedant.

Nintendo’s next mobile game, Mario Kart Tour, will be available on iOS and Android devices starting on September 25. The official Twitter account for the game revealed the launch date, and shared the pre-registration link where users of both platforms can sign up to get the game when it launches.

The mobile installment of Nintendo’s incredibly popular cart-racing franchise was originally announced last year, and at that time had a planned launch window of sometime before the end of March 2019. Nintendo later updated that date to sometime during this summer in order to “improve [the] quality of the application and expand the content offerings after launch,” according to a statement in one of the game-maker’s earnings reports.

September 25 is technically after the end of summer, the last day of which is officially September 23, but it’s pretty close. Nintendo also released Dr. Mario World earlier this year, so it’s been a busy year for the company in terms of launching mobile adaptations of its popular franchises.

Mario Kart Tour had a closed beta in the U.S. and Japan, which was Android-only, earlier this year. Details from the beta include a look at the rather expansive roster, as well as a lot of in-game purchase mechanics that might frustrate fans of the main series.