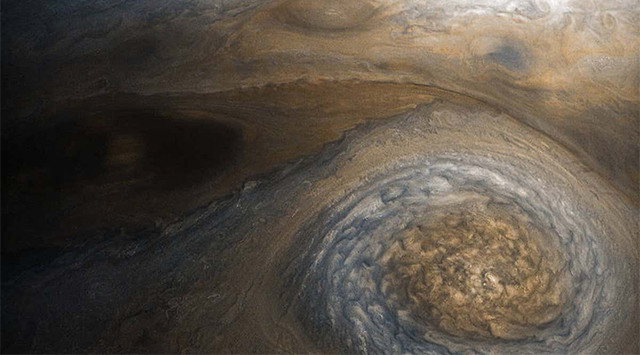 Five of Jupiter’s twelve newly discovered moons got themselves names!

The mighty planet Jupiter has five moons with new names suggested by the public: Pandia, Ersa, Eirene, Philophrosyne and Eupheme.

The names, which were largely suggested by children, came through a contest run by the Carnegie Institution for Science with the approval of the International Astronomical Union, the official arbitrar of astronomical names.

Traditionally, the IAU assigns a temporary name to newly found objects (such as planets and moons) before coming up with a process to assign a permanent name. In more recent years, the public has had a chance to come up with names in a few contests, for alien stars and planets as well as Mercury craters, among other objects.

Participants in the Jovian contest earlier this year had to contend with technical requirements dictated by the IAU. Those mandates included staying within character limits and matching the direction of the moon’s orbit, which affects the final letter of the name. And that was only a start.

“There are many rules when it comes to how we name moons,” Carnegie astronomer Scott Sheppard said in a statement; in 2018, Sheppard led the discovery of 12 moons orbiting Jupiter, five of which were included in the contest. “Most notably,” he said, “Jovian naming conventions require its many moons to be named after characters from Greek and Roman mythology who were either descendants or consorts of Zeus, or Jupiter.” (Jupiter is the Roman name for the Greek god Zeus.)

Pandia (formerly S/2017 J4) is named for the daughter of Zeus and the moon goddess Selene. Many people submitted entries suggesting this name, but the one that really caught Carnegie’s attention came from Emma Hugo, who represented the astronomy club of the Lanivet School in Cornwall, U.K., the institution said. “[Emma] tweeted a picture of the astro club with a Pandia sign and the school’s panda mascot, which is in honor of the village’s former role as bamboo supplier to the London Zoo,” Carnegie said.

Ersa (formerly S/2018 J1) takes its name from the sister of Pandia, another daughter of Zeus and Selene. Carnegie said more than 20 tweets suggested this name, but the institution highlighted the contributions of space news aggregator Aaron Quah (who sent the suggestion first) and a 4-year-old named Walter who sang a song about Ersa.

The choice of Eirene (formerly S/2003 J5) recognizes the goddess of peace, a daughter of Zeus and Themis. Carnegie received about 16 tweets with this suggestion. The first was from Twitter user Quadrupoltensor, and another submission that caught the judges’ eyes came from a 10-year-old who enjoys Greek and Roman mythology.

Philophrosyne (formerly S/2003 J15) is named for the spirit of welcome and kindness, who’s also the granddaughter of Zeus. Carnegie highlighted several participants who suggested this name, including space fan Lunartic, who posted a YouTube video about this name suggestion. The same video also suggested the new name for S/2003 J3, Eupheme, a choice that recognizes the spirit of praise and good omen, who was the granddaughter of Zeus and the sister of Philophrosyne.