Archives
« ‘Watch Dogs Legion’ Trailer: All of London is ready to pwn the Powers That Be. Yeah, pwn!
‘Final Fantasy VII Remake’ is going to take up two Blu-Ray discs. And that’s just the first installment, my dudes »

‘The Division’ movie starring Jake Gyllenhaal and Jessica Chastain is heading to Netflix. This is cool by me! 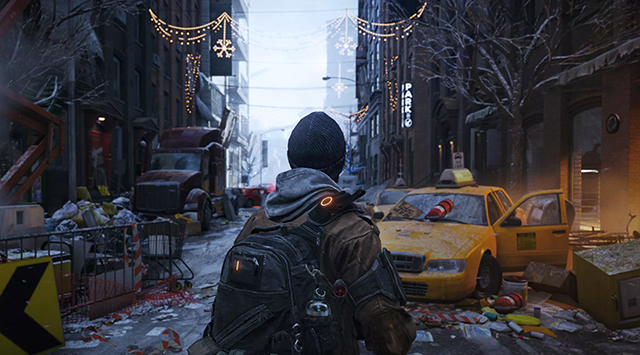 Man, I had completely forgotten that The Division was being made into a movie. And that’s fair, right? It was announced in 2016, which is about 3,000,000,000 pop culture news cycles ago. But, it is! And, it’s starring Jake Gyllenhaal and Jessica Chastain, and being directed by David Leitch.

That’s enough talent to have me interested, especially since I enjoy the source material.

Netflix is picking up the live-action adaptation of Ubisoft’s The Division three years after the movie was first announced.

There aren’t too many details about the movie, beyond that it stars Jessica Chastain and Jake Gyllenhaal and is directed by Deadpool 2’s David Leitch. A Ubisoft developer said more information is expected to be released in the future. A synopsis of the film released by Netflix reads:

In the near future, a pandemic virus is spread via paper money on Black Friday, decimating the city of New York and killing millions. By Christmas, what’s left of society has descended into chaos. A group of civilians, trained to operate in catastrophic times, are activated in an attempt to save who and what remains.

Much has developed within The Division universe since Variety first reported that the film was in development. Ubisoft has released a second Division game, following the immense success of the first title. The Division had the highest first-day sales of any title in the company’s history, Ubisoft said at the time, raking in an estimated $330 million over its first five days.

The Division marks a big return to movie adaptations of video games. Gyllenhaal starred in the 2010 adaptation of Prince of Persia: The Sands of Time. The movie didn’t do super well, and Gyllenhaal’s performance was panned. Clearly, he’s holding out hope for this movie. Alongside Chastain and Leitch, the talent is certainly there.

Neither Ubisoft nor Netflix announced a release date.