Archives
« Drake gave Arya a shoutout at Billboard Music Awards, thereby condemning her to death on ‘Game of Thrones’
Peter Mayhew, the actor who played Chewbacca, has passed away at the age of 74 »

Pluto’s atmosphere is going to completely freeze in 11 years. Dope event in our lifetime alert! 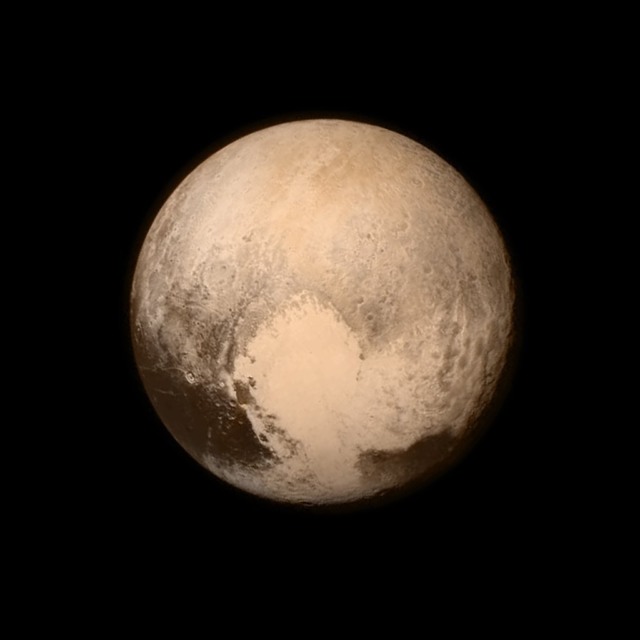 Pretty rad stuff to happen in our lifetime: Pluto’s atmosphere is going to completely freeze in 11 years. Winter only hits Pluto every 248 Earth years, and it’s arriving in 2030.

It’s about to be winter on Pluto, the most distant planet — well, former planet — from the Sun.

When winter comes in 2030 — remember that one Pluto year is about 248 Earth years — new research suggests that Pluto’s thin, Nitrogen-heavy atmosphere will completely collapse, condensing and freezing into a layer of solid frost, according to CNN. It’s an epic cosmic event, involving temperatures of nearly 400 degrees below zero Fahrenheit, that could shed new light on how atmospheres behave under extreme conditions.

The discovery came after astronomers collected data on Pluto for 28 years. First shared on the preprint server ArXiv in March and since published in the journal Astronomy and Astrophysics, the scientists observed Pluto every time it passed in front of a star. By measuring how much light Pluto absorbed, they collected data about its thin, fluctuating atmosphere.

“The atmospheric pressure has tripled over the past three decades, but as the planet orbits, our modelling showed that most of the atmosphere would condense out to almost nothing left, University of Tasmania astrophysicist Andrew Cole told CNN. “What our predictions show is that by 2030 the atmosphere is going to frost out and vanish around the whole planet.”