Archives
« Pluto’s atmosphere is going to completely freeze in 11 years. Dope event in our lifetime alert!
McDonald’s is installing AI-Powered kiosks to predict our orders. Our gluttony, simplified for us! »

Peter Mayhew, the actor who played Chewbacca, has passed away at the age of 74 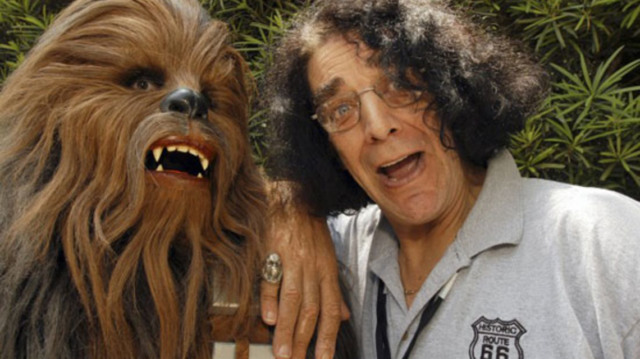 Sadly, time waits for no one. Rest easy, my dude.

Peter Mayhew, the actor who portrayed Chewbacca in the original Star Wars trilogy, is dead. According to an announcement from his official social media account, Mayhew passed away peacefully the night of April 30 at his North Texas home at the age of 74.

The British actor was first cast by film producer Charles H. Schneer, who selected him for an uncredited role for Sinbad and the Eye of the Tiger. A year later he landed a job on the set of Star Wars: A New Hope, playing Han Solo’s furry sidekick. Creator George Lucas said the Chewbacca role was inspired by his own dog, Indiana, an Alaskan Malamute. Mayhew’s tall stature — he stood 7 feet 2 inches — gave the actor an incredible presence on screen. He also performed Chewie’s signature vocalizations.

Mayhew would go on to reprise his famous role in 2005’s Star Wars: Revenge of the Sith and The Force Awakens in 2015, although health complications slowed him.

“He fought his way back from being wheelchair-bound to stand tall and portray Chewbacca once more,” states a letter posted on Twitter. “He also consulted on The Last Jedi in an attempt to teach his successor [Joonas Suotamo]. He put his heart and soul into the role of Chewbacca and it showed in every frame of the films from his knock kneed running, firing his bowcaster from the hip, his bright blue eyes, down to each subtle movement of his head and mouth. But, to him, the Star Wars family meant so much more to him than a role in a film.”

One of the actor’s most lasting creations is the Peter Mayhew Foundation, a non-profit dedicated to the “alleviation of disease, pain, suffering, and the financial toll brought on by life’s traumatic events.” He is survived by his wife Angie and his three children.