Archives
« ‘Guardians of the Galaxy Vol. 3’ is apparently filming next year. Hell yes, give me this movie!
Quentin Tarantino says there’s a “very big possibility” he makes his ‘Star Trek’ movie. Bro, don’t play with me! » 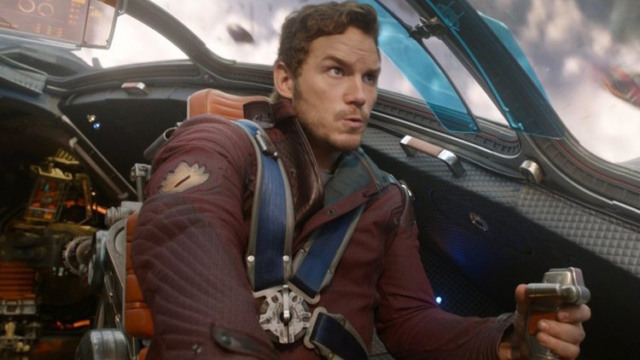 This video is all the fucking feels. Hit the jump to check it out, cause Instagram video is gross.

MCU actors Tom Holland and Mark Ruffalo definitely earned their reputations as spoiler-droppers, which is something that Marvel went to great lengths to shut down on the Avengers: Endgame tour. That didn’t stop Scarlett Johansson from dropping a tidbit into circulation, though, nor did this prevent Chris Pratt from growing bold on-set (while telling himself, “Screw it”) and capturing some phone footage that’s nothing short of iconic. At least, in nerd terms of the word.

That’s right, Pratt couldn’t resist breaking the no-cameras rule that runs rampant on film sets, but he kept his behind-the-scenes personal video (in which he’s heard describing it as “illegal”) all to himself for months. He’s far less impulsive than Star-Lord, as it turns out, but the actor let it all fly on Instagram after opening weekend. He gave fans a glimpse of assembled Avengers actors — including Chris Evans, a gum-chomping Robert Downey Jr., Chris Hemsworth, Benedict Cumberbatch, Paul Rudd, Dave Bautista, Elizabeth Olsen, Sebastian Stan, Jeremy Renner, and stunt doubles — hanging out on set. Joe Russo pops in also, so he was obviously aware of the shenanigans in process. This video has captured over 15 million views in less than 24 hours.

I remember being blown away in this moment on the @avengers set. Nobody was allowed to film anything on their phones. I said screw it. No rule was going to stop me from seizing this once in a lifetime opportunity to capture this collection of stars, a groupthat likely will never be in the same room again. We are so blessed.