Archives
« ‘The Twilight Zone’ is getting a second season which is awesome. Now can we get it off of CBS Access? No, probably not.
Watch: Chris Pratt shares “really illegal” heartwarming ‘Avengers: Endgame’ behind the scenes video »

‘Guardians of the Galaxy Vol. 3’ is apparently filming next year. Hell yes, give me this movie! 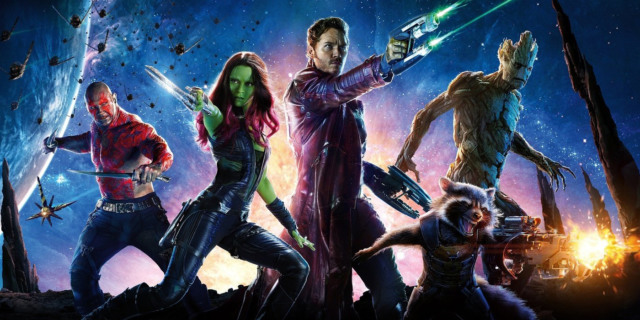 It’s impossible to talk about why I’m so excited about Guardians of the Galaxy Vol. 3 without spoiling Endgame. Fuck! But, if you’ve seen the movie, you know. You know. And so, I’m glad the movie is filming earlier than expected.

Fair warning: reading further about the news contains a spoiler!

Disney’s ill-advised decision to fire James Gunn resulted in Guardians of the Galaxy 3, which was on track for a 2020 release, getting pushed back indefinitely. Thankfully, Disney and Gunn mended fences, and he’ll return to finish his cosmic trilogy. However, during the time he was fired, he was picked up to direct The Suicide Squad for Warner Bros., which has led to questions of when Guardians of the Galaxy 3 will actually happen.

Now a new report on THR reporting on the various salaries the Avengers raked in for Endgame includes the tidbit about when future Marvel movies are going ahead of cameras. The plan is to shoot Black Widow and The Eternals this year with Shang-Chi following after The Eternals. THR then mentions that Guardians of the Galaxy 3 will then shoot in 2020, and the math works out, although it will be tight for Gunn.

In terms of the cast, the five Guardians are expected to reunite for the movie. The larger question becomes whether or not Thor is on board. At the end of Avengers: Endgame, he had joined up with the crew, dubbed them the “Asgardians of the Galaxy”, and was sparring with Quill. Chris Hemsworth signed a new contract in 2017, so it’s possible that contract includes a role in Guardians 3, but we’ll just have to wait and see until 2020 when that movie starts moving towards production.