Archives
« ‘Aquaman 2’ is dropping in 2022. Here’s hoping there are good DCU films to compare it to by then
‘Edge of Tomorrow’ sequel is finally happening. Seriously, it’s happening this time. » 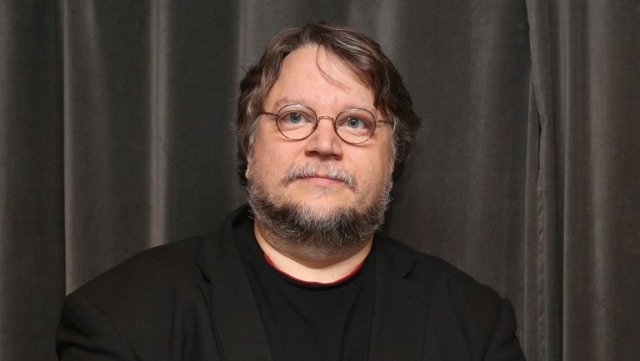 Yo! Del Toro writing and directing a secret movie? About a female ninja? (Maybe.) For Bad Robot? I’m seventy shades of fucking hype.

Guillermo del Toro hasn’t set up a live-action directing project since winning an Oscar for The Shape of Water, but it looks like that’s about to change. The filmmaker is writing and directing a movie a for Paramount and J.J. Abrams‘ Bad Robot which is said to be about “young female ninja”, although del Toro himself has weighed in to say that’s not 100% accurate. Let’s call it an action movie for now. In any case, it’s called Zanbato, and the filmmaker has been secretly developing it for the past six years.

Collider broke the story about Zanbato. Per their story, “plot details remain under wraps, but sources say that Zanbato centers around a young female ninja — a character who could be anywhere between 10 and 15 years old.” However, after the story broke, del Toro himself weighed-in on Twitter, confirming the project’s existence but also saying it’s not a ninja project.

I’m not sure where that leaves the story, but I’m going to assume it must involve some sort of action subplot for this mix-up to arise. Per Wikipedia, a zanbato is “an especially large, single-edged sword dating to the Heian period of historical Japan. The name zanbat? translates to ‘horse-slaying sword’ or ‘horse-chopping saber.’”

J.J. Abrams is set to produce with Lindsey Weber. There’s no word on just when del Toro will start shooting this, but as he says in his tweet, he’s been working on it for six years, and is “still developing steadily.” The filmmaker has kept very busy since winning an Oscar for The Shape of Water, but primarily in the world of writing and producing. In addition to his Tales of Arcadia Netflix animated shows, he also co-wrote and produced the upcoming André Øvredal-directed Scary Stories to Tell in the Dark, adapted from the terrifying classic kids books, and Antlers, from director Scott Cooper. Del Toro is also directing an animated adaptation of Pinocchio for Netflix, which he says is currently in active prep.