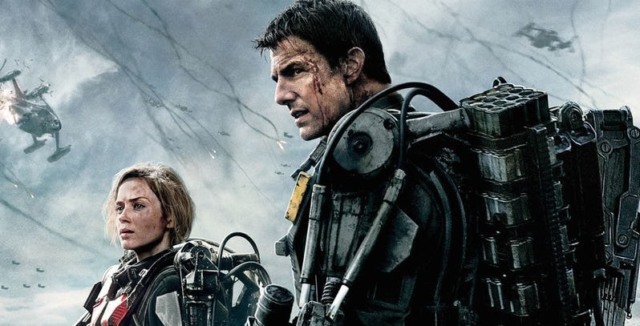 Edge of Tomorrow fucking rules, folks. And, there’s been murmurings about a sequel for a while now. Whelp, good news. It’s happening! No, fucking seriously!

EXCLUSIVE: Taking seriously the film’s one-sheet catch phrase Live Die Repeat, Warner Bros is developing a sequel to the crowd pleasing summer 2014 hit Edge Of Tomorrow. Matthew Robinson (The Invention Of Lying) pitched a take and has been brought on to write the sequel. The intention is to bring back director Doug Liman and stars Tom Cruise and Emily Blunt, who played warriors fighting vicious alien invaders in Europe.

Cruise’s character, a public relations officer with no training, is brought to the front and finds himself caught in a time loop that resurrects him each time he is killed by the aliens. He is mentored by a tough Special Forces soldier (Blunt) who teaches him the necessary fighting skills, and learn from his previous frequent deaths until he is able to start winning. Based on the Hiroshi Sakurazaka Japanese graphic novel All You Need Is Kill, the original grossed over $370 million worldwide for Warner Bros and its co-financing partner Village Roadshow Pictures. It received a 90% approval rating on the critical consensus site rottentomatoes.com.

The film will be produced by Erwin Stoff, Tom Lassally, and Masi Oka, with Hisashi Sasaki exec producing. The stars won’t make deals until they see a script to their liking, but they are all in the loop and Liman will develop it with the writer. The studio has been toying with a sequel for several years and back in 2016 set the writers Joe Shrapnel and Anna Waterhouse. It stalled but there are high hopes now with Robinson’s new take.

While I always thought the film wasn’t helped by its generic-sounding title — All You Need Is Kill and Live Die Repeat were the other titles considered — Edge of Tomorrow was an underrated gem, the kind that bears repeating.