‘Aquaman 2’ is dropping in 2022. Here’s hoping there are good DCU films to compare it to by then 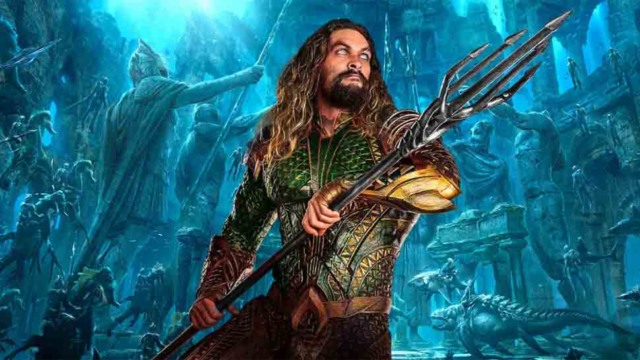 I thought Aquaman was a fusillade of visual diarrhea and narrative incoherence. However, some people seemed to really enjoy it. The optimistic part of me really wants to believe it’s because there are almost no good DCU movies. But, hey. Whatever floats your boat. That said, I really hope by the time the sequel drops there are other DCU movies worth watching, and thus comparing it to.

Fans of the King of Atlantis rejoice: Aquaman 2 has a release date.

According to The Hollywood Reporter, Aquaman 2 will release on Dec. 16, 2022. David Leslie Johnson-McGoldrick — who co-wrote the first film alongside Will Beall — will return for the sequel.

Aquaman proved a massive success for Warner Bros and the DC Extended Universe as a whole, having made over $1.13 billion at the worldwide box office. The movie is now the highest-grossing superhero film centered on a DC superhero ever, not accounting for inflation, and one of the highest-grossing films of all time. Much of the movie’s success owes to its incredibly strong performance overseas, particularly in China.

Plot details for the upcoming sequel are currently unknown. However, it’s likely that many who starred in the original’s cast will return for Aquaman 2. Although director James Wan hasn’t yet officially signed on for a sequel, Warner Bros. reportedly wants him to return.