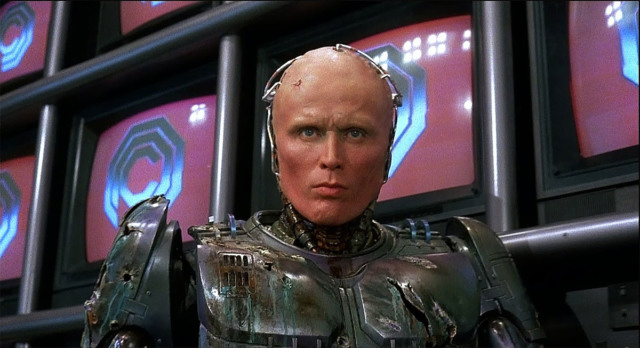 In a stunning non-revelation, it turns out that Neill Blomkamp wants Peter Weller for his RoboCop sequel. Like, fucking obviously. Not surprising. I mean, the dude *is* RoboCop. That said, let’s get this fucking done.

Back in June, we reported how Neill Blomkamp is hard at work on a direct sequel to Paul Verhoeven’s RoboCop for MGM. If you recall, the District-9 director is striving so hard to maintain continuity that he’s working from a script conceived years ago by the original film’s screenwriters, Ed Neumeier and Michael Miner.

Naturally, he wants the real deal. He wants Peter Weller.

In a new interview with HN Entertainment, Neumeier confirmed that Blomkamp intends to get Weller to return as Detroit’s finest. As Neumeier says, “What you get when you do that, if you use the DNA of the old property in the new, is that you get something that shares continuity and fans can embrace the brand.”

No kidding. Look no further than last year’s Halloween, which saw Blumhouse tagging original star Jamie Lee Curtis to return as Laurie Strode in a direct sequel to John Carpenter’s 1978 original. That film has since become the highest grossing slasher film of all time and proves Neumeier’s point to a tee.

Weller last appeared in 1990’s RoboCop 2, which was helmed by Empire Strikes Back director Irvin Kershner and by Frank Miller and Walon Green. Although it received mixed reviews upon its release, the film has since become something of a cult classic. However, Weller did not return for the sub-par RoboCop 3.

Neumeier, who serves as producer on the forthcoming sequel, explains how the whole project came together:

“We talked about it a couple of years back and I reminded [MGM] that we had written a very rough sequel back in 1988 which then was stopped by the writer’s strike, the same year. And they looked at it and they said ‘oh, good!’, so we did some more work on that and then Neill Blomkamp found out about it and he said ‘I have always wanted to do this, this is my dream project’ and MGM was very very pleased to get into business with him.

“Neill Blomkamp and his screenwriter Justin Rhodes have done a pass on the script we were writing on and they’re doing another one. It is a slightly different concept in some ways than we were originally doing. I don’t want to talk too much about it or somebody will call me and tell me to shut up, but we’re hopeful and I think Neill really really wants to make a good RoboCop movie. His idea is that it should be the proper Verhoeven… if Verhoeven had directed a movie right after RoboCop… I think that’s what he is trying to achieve and I hope he does. We’ll see what happens next.”

Currently, MGM has no release date on the calendar. Until then, we’ll wait and hope for the best, especially since we got all our hopes up for Blomkamp’s killer sequel to Aliens, only for that to be shot down for the decidedly less interesting Alien: Covenant. Though, we have a good feeling about this.